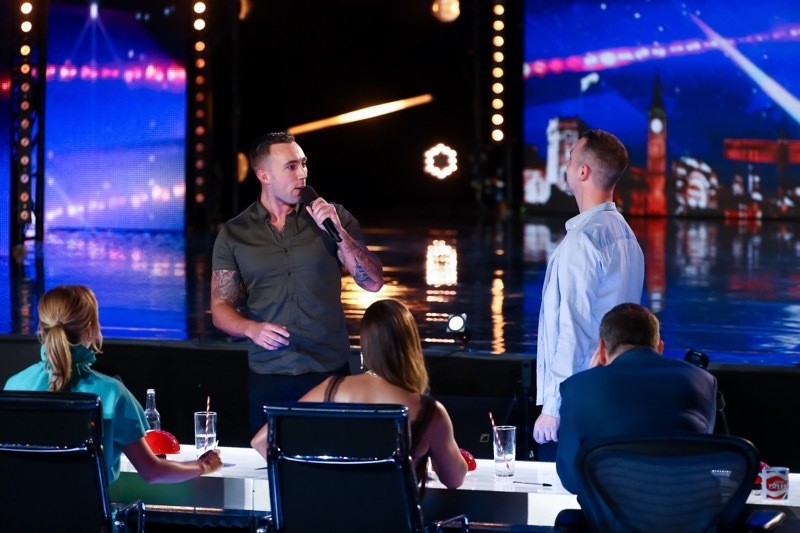 A BARNSLEY duo have made it through to the semi-finals of Britain’s Got Talent and hope to impress the judges with a ‘bigger and better’ performance later this month.

Lee Day, 31, and Vince Fountain, 41, form the band ‘Soldiers of Swing’ as they serve with the 37 Signal Regiment in Sheffield and both progressed to the final 40 of the ITV show which was aired earlier this week.

The pair had originally applied to the show as a joke last year, but before long they took to the bright lights of television and went through to the next stage with all four judges giving them the green light.

Lee told the Chronicle: “We’re going down to London tomorrow to start getting ready for the semi-final but we’ve been practicing this whole time. We’ve been working hard these past few weeks just in case we managed to get through and we have so we’re looking to do something a little different for the judges.

“Our performance is going to be bigger and better and we’re going to be doing plenty of rehearsing to make sure we’re in the best position we can be.”

Vince received the call that they had been sent through to the next stage but the way he told his singing partner for two years was very casual.

“Vince got the call and when he rang me he didn’t actually tell me straight away, he just told me really casually at the end of the conversation,” Lee added.

“We’re more excited than we are nervous for the performance, there’s going to be a virtual audience in place when we’re performing and there’s all the correct checks in place to keep everyone safe. We think that the shows are going to be towards the end of September and we’re going to be coming out of our comfort zone in our performance.”

Lee is currently living in Penistone and Vince is living in Darfield, with both hoping they can get the support of the town when it comes down to it.

“Hopefully the people of Barnsley can get behind us and give us some support,” he added.

“We’re looking forward to the semi-final and we’ve been working really hard - hopefully it all pays off.”