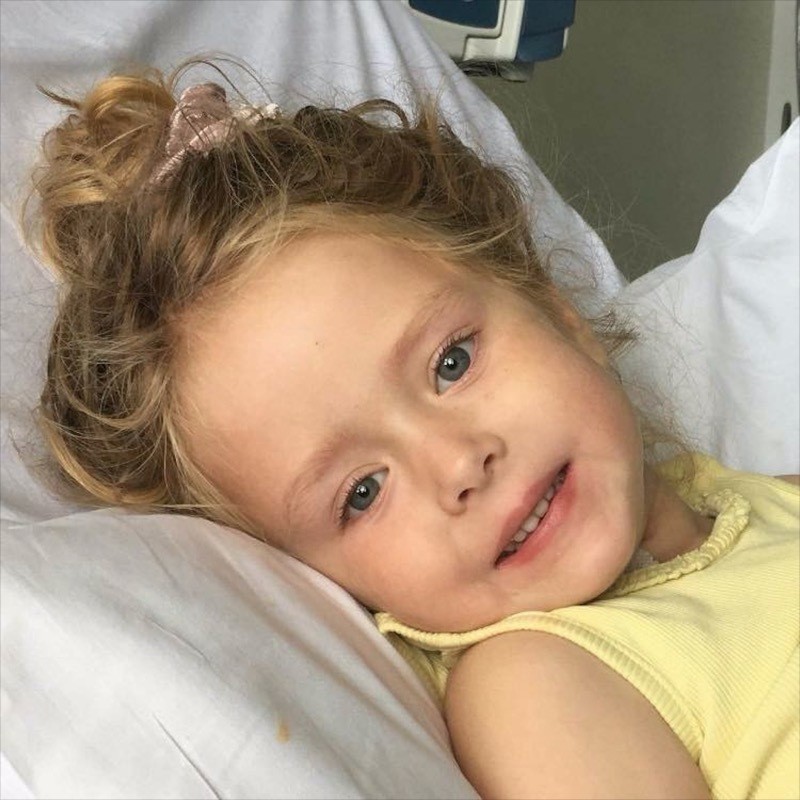 A SEVEN-YEAR-OLD girl with blood cancer will ring the bell to signal the end of her treatment next week, surrounded by friends and family at a Barnsley park.

Aliza Swift was diagnosed with acute lymphoblastic leukaemia (ALL) - the most common form of the condition in children - in July 2018, a week before her fifth birthday, and two years of gruelling treatment followed.

Despite the aggressive cancer meaning Aliza needed to be treated immediately, doctors initially believed she had chest and water infections and prescribed antibiotics.

She went to Barnsley Hospital before being transferred for long stays in Sheffield Children’s Hospital - but her mum Zoe Duffy said Aliza has ‘taken everything in her stride’.

“Me and Aliza’s dad spent a lot of time in the hospital with her,” said Zoe, 46, of Fall Close, Pogmoor.

“It wasn’t just the leukaemia, she’d been in and out of A and E at that point because the doctors couldn’t find what was wrong.

“She was lucky in a way that ALL is the form of leukaemia that responds well to treatment.

“We have talked her through everything.

“She’s very bright, and she wanted to know.

“She picks up on things you wouldn’t expect a seven-year-old to pick up on.

“She was sat across from a poorly little boy, who was screaming and crying and wouldn’t take his medicine.

“So, when Aliza got hers, she took it across to him and said ‘let’s take it together’.”

Aliza, who has her last treatment session on Thursday, also suffered with sepsis as a complication of the cancer and had to be fitted with a stoma bag for a year.

She was also found to have diabetes and required insulin injections.

“Nothing fazed her, even having her hair shaved,” said Zoe.

“Me and her dad went to the hairdresser too, so we’d all have a skinhead.

“Her hair’s grown back thick and curly now - she looks like Shirley Temple.

“It’s not stopped her doing anything - she’s still been going swimming, and going to school when she’s felt strong enough.

“She’s amazed me, for somebody so young she’s gone through so much.”

Zoe and Aliza’s dad Ian Swift have been overwhelmed by support for their daughter.

Her friends at Shawlands Primary School held a special garden party to raise money, and a group of school mums did their own fundraising to donate thousands to Sheffield Children’s Hospital.

“Everybody’s asking us how we’ve coped, but when you see such a brave, happy child, you can’t just sit in a corner and mope about,” said Zoe, who also thanked her sister Vicki Horton.

“She’s a very sociable girl, she’s got a lot of friends.

“Her school has been fantastic. Deputy head Claire Athorn came to see her in the hospital and sent work home.

“All the staff have gone above what they needed to do.”

Aliza still has a catheter in and has to go back to the hospital for check-ups every three months, but her mum said she was looking forward to returning to school.

Due to limits on visitor numbers at Sheffield Children’s Hospital, she will ring a specially-made bell at Locke Park next Saturday as her friends and family celebrate with her.