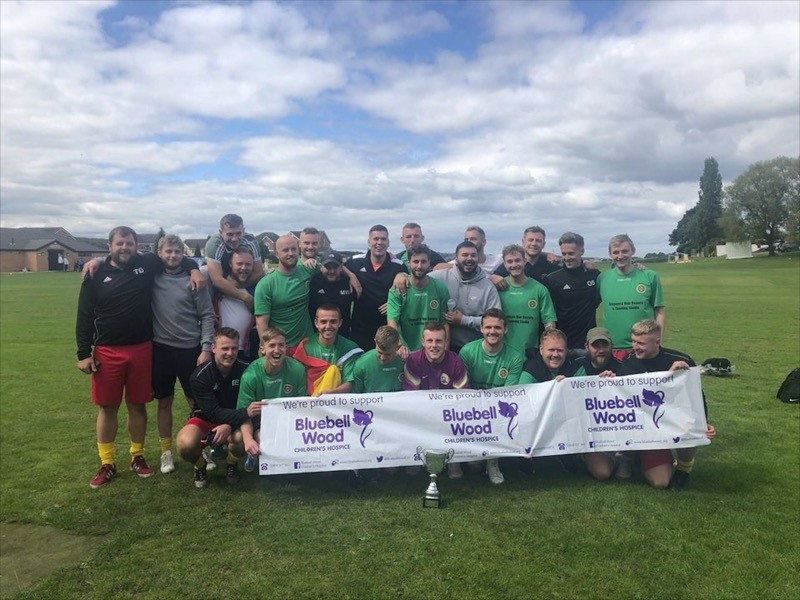 THE final of the eighth Darcy’s Cup football tournament was praised as the ‘biggest year yet’ - despite initial coronavirus concerns.

The annual event, held in memory of Darcy Burke, a seven-year-old girl who died in 2014 after a year-long battle with a terminal tumour known as diffuse pontine glioma, was held at Wombwell Main’s ground on Windmill Road.

The 16-team tournament raised £1,509 for Bluebell Wood Children’s Hospice, with defending champions Cobcar Sports and Social Club raising a further £127 through a raffle.

David Burke, Darcy’s dad, has been overwhelmed with public support after the final helped to make the event the most successful of its seven year history.

Cobcar beat Birdwell 5-2 in a lively final, despite the losing side clawing back a two-goal deficit.

He told the Chronicle: “We were made up with everyone’s support. For people to put their hands in their pocket in the current climate is unbelievable.

“We ended up raising more than £1,500 for a life-changing charity that we’re lucky to have in Yorkshire.

“It was a surprisingly good turnout for the final but we made sure there were social distancing guidelines in place.

“It ended up with an exciting seven goal game which really brought the drama.

“We want to thank all involved for their generosity and work with Darcy’s Cup.”