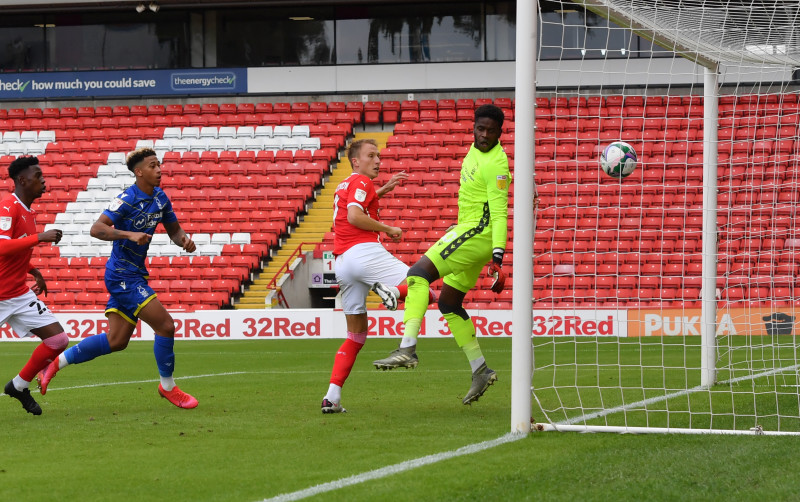 Barnsley began their season with a deserved 1-0 win at home to Nottingham Forest in the first round of the EFL Cup.

Cauley Woodrow got the only goal early in the second half as the Reds were the better side throughout and created the better chances.

Gerhard Struber gave Victor Adeboyejo his first start since April of last year after he spent last season on loan at Bristol Rovers then Cambridge United. He started up front with Conor Chaplin, and Woodrow was just behind them, while Marcel Ritzmaier was left wing-back and Callum Styles played in central midfield.

The visitors were the better side for the first ten minutes and Ryan Yates' weak low shot from the edge of the box forced Jack Walton into the first save of the game. Barnsley grew into the game and their first shot was a Chaplin header from Kilian Ludewig's cross which the goalkeeper tipped over the bar.

Styles, Woodrow and Jordan Williams all dragged long-range low shots well wide late in the first half which was a forgettable affair, although the Reds – after a slow start – had been the more attacking and lively side.

Struber brought on Clarke Oduor for Ritzmaier and Elliot Simoes for Adeboyejo at the break, with Woodrow partnering Chaplin up front. They combined instantly with Woodrow playing in Chaplin who drew another good save from Samba with a powerful shot on the left of the box.

The goal came on 50 minutes when Styles burst into the box from the right and, after exchanging passes with Chaplin, crossed low to Oduor who looked certain to score from close range but hit the post. The rebound was put in almost on the line by Woodrow who ended an 11-game goalless run with his first strike since the win at Hull City in February.

Woodrow should have added another soon after when Forest lost the ball deep in their half and Chaplin crossed perfectly from the right of the box but the free header six yards out went over the bar. Chaplin was then replaced by debutant Dominik Frieser.

Forest made a double change and began to look slightly more threatening, with Yates heading wide from the a cross on the right.

Frieser almost scored a debut goal but his 12-yard shot from the right of the box, when he was unmarked, was tipped over by the impressive Samba. That was after Alex Mowatt won the ball of the left and passed to Simoes who found his fellow substitute.

The visitors had a lot of the ball late on but could not create a chance for the leveller.