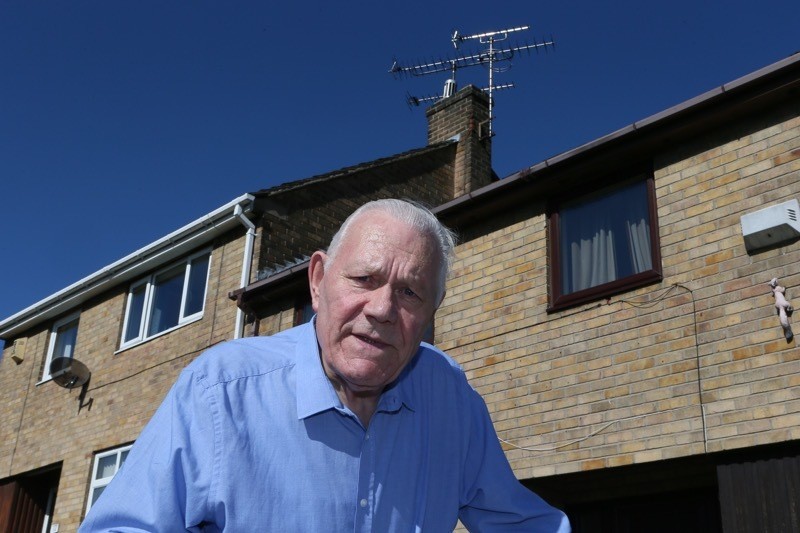 AN 85-year-old army veteran from Worsbrough says he would go to jail out of principle as he feels the BBC’s U-turn on providing free TV licences for over-75s was an ‘unforgivable’ affront to pensioners.

Peter Ashman, of Appleton Way, survived The Blitz and served in The Life Guards Armoured Reconnaissance Regiment during the 1950s but, like many others across the country, was left in shock after the BBC backed out of the deal to offer a free TV licence to over-75s.

The 85-year-old told the Chronicle: “I flatly refuse to buy a TV licence - the main reason being that, as I understand it, the BBC director general agreed that the BBC would pay for free TV licences for over-75s, but the corporation then reneged on the deal.

“They will never be forgiven for that.

“Since July 31, when my ‘free’ licence expired, I watch no live television on my set, and only use it to watch YouTube material.

“What news I need I can get from my three radios about the house, my mobile phone, my laptop and newspapers.”

Peter believes he is one of the lucky ones as he is able to pay for the licence if needed, but said that for those who are living on just a state pension that it would be an almost impossible ask.

“I’ve had a few years of a free TV licence because I’m 85 now but I will never pay for another a TV licence again as a matter of principle,” he added.

“I’m fortunate in that if I wanted to I could pay it, but a lot of people can’t afford to do that - people can’t live on just their state pension alone.

“I think the BBC are just greedy and I would like to think that they’re going to get their come-uppance over this.

“Why can they pay Gary Lineker and Graham Norton, to name a few, the millions they do but can’t allow free licenses to those who can’t afford it?”

Peter says that he would happily go to court, and potentially even jail, for the matter.

Dan Jarvis, MP for Barnsley Central, said: “I am a long-standing campaigner on the issue of retaining the free TV licence for the over-75s and have raised this issue both in Parliament and locally on many occasions.

“If you’ve paid into the system your entire working life, then you deserve dignity in retirement which why I support keeping free TV licences for the over-75s.

“The coronavirus pandemic has meant that thousands of elderly people here in Barnsley have been left on their own for months, with the television as the only source of company for many.

“Free TV licences are a vital means of tackling social isolation and loneliness.

“I do have every sympathy for pensioners who are now facing an unexpected bill, especially those who have served our country in the armed forces.”