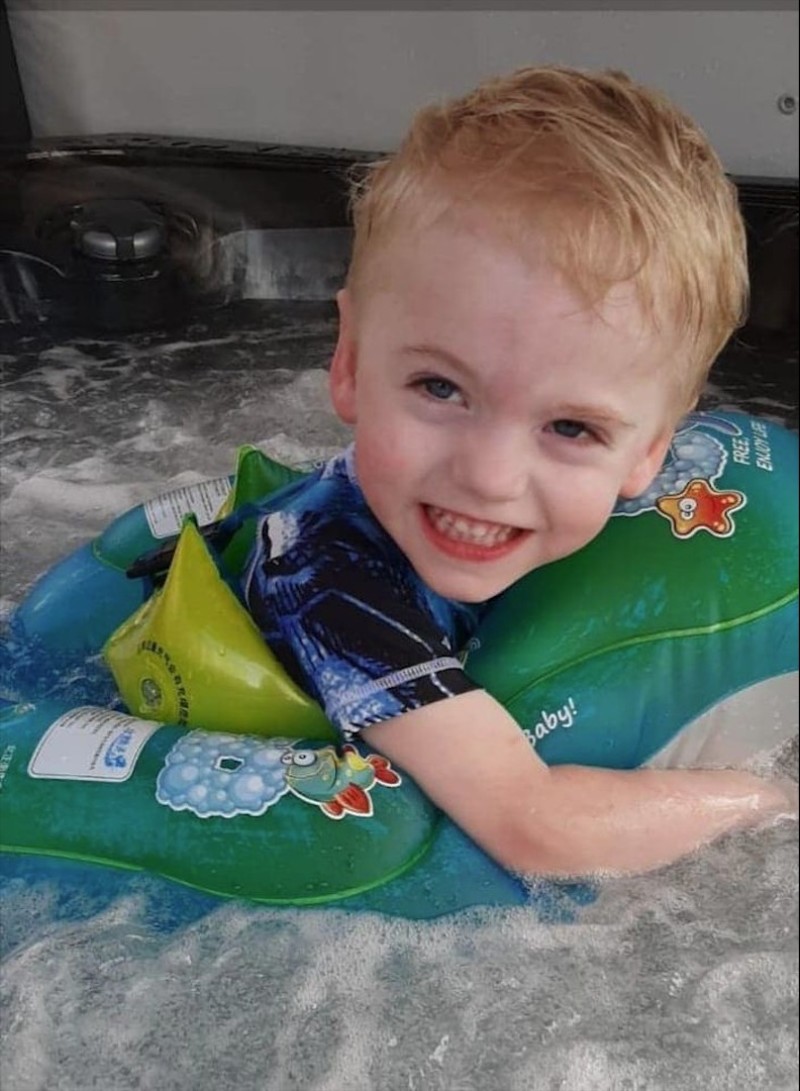 THE heartbroken family of a three-year-old boy who has cerebral palsy are desperate for a ‘final push’ in support after their fundraising plans to buy a life-changing hydrotherapy pool were postponed due to Covid-19 concerns.

At four months old Daniel Green, whose brain is damaged in three areas, was diagnosed with a mitochondrial disorder which leaves him struggling to stand, sit and eat.

The family, backed by The Charlie Gard Foundation, have raised nearly £22,000 for the pool, which will help build his muscles and ease his pain.

To buy and install the hydrotherapy pool, the campaign has to raise more than £23,000 - leaving them £1,000 short of their goal.

Zoe Darcy, Daniel’s grandmother, said fundraising has come to a halt since the start of lockdown.

“It has been a tough time for us in terms of fundraising,” Zoe told the Chronicle.

“We had so many things in the pipeline for this year including a fire walk in Newcastle and a festival called ‘Dan Fest’ with all the proceeds donated to his cause.

“Because of Covid-19, these events have either had to be postponed or cancelled due to the restrictions.

“We were optimistic that we’d reach the goal before lockdown because we were so close to our goal and it would’ve been amazing for Daniel to have access to it during lockdown.

“It’s heartbreaking to know how close we are, but there’s nothing we can do to help because of the virus.”

Daniel and his family have been forced to self-isolate since lockdown began in March with fears of him contracting Covid-19.

“It’s been difficult for Daniel as he’s had to self-isolate because he would be at risk. We’ve been in lockdown as a family since March.

“The few times we have ventured out, Daniel’s found it tough to adapt to face coverings as he relies on facial expressions to communicate with others.

“He’s always so eager to take mine off when he has the chance.

“Because we’ve been self-isolating, we’ve not been able to build his muscles as much as we would like.

“The hydrotherapy pool would have been perfect for him so we’re really desperate for it now.”

Zoe has praised local residents for their support in raising almost £22,000 for the life-altering equipment for people who also live with similar conditions.

“We’re still trying to think of ways to spread awareness in this new climate. We’ve been distributing green hearts with lights attached to local residents who want to support us.

“We’ve had people contacting us saying that they’d love to get involved but haven’t been able to, which we completely understand.

“We’re so grateful for everybody’s support, they have been so kind and are really eager to get going again with the fundraising events.

“It’s just a case of waiting. However, time is precious to Daniel and we want to give him the best quality of life we possibly can.

“Every moment we have with him is amazing and we want to treasure every single day.”