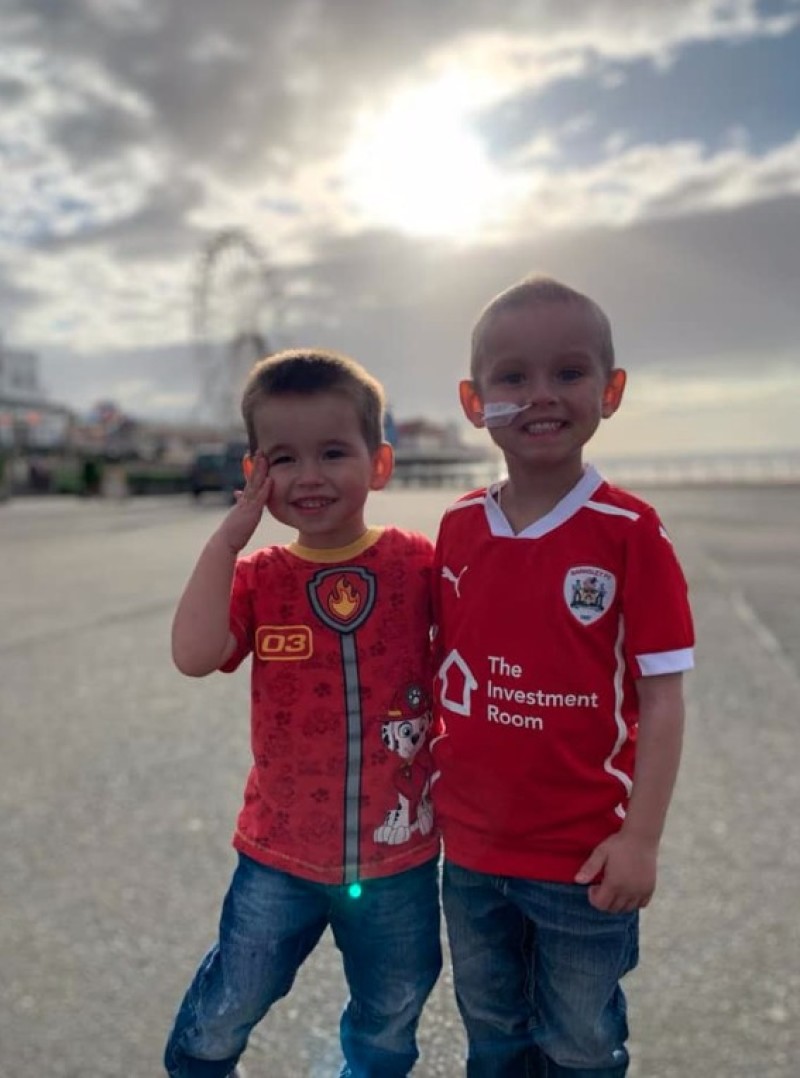 A FUND for a brave youngster whose ongoing cancer battle inspired an army of fundraisers across the town to pledge more than £260,000 will now help other ill children after the target was smashed.

A total of £269,435 was raised for Oliver Stephenson, a four-year-old whose innovative treatment for neuroblastoma will cost £230,000 and take place in the USA later this year.

The remaining cash will go towards helping other youngsters battling cancer after Oliver signed up for the bivalent vaccine, which has been proven to give kids a much higher survival rate and decrease the chances of the disease returning in following years.

His mum Laura, of Stairfoot, said: “We have always said that we would like to support others on the same journey as Oliver.

“A phenomenal amount was raised and this is thanks to every single person that has donated money, sold items, run raffles, donated items, given up their time and just cared enough to make a difference.

“The fundraising will transfer to the chosen charity who will help and support Oliver throughout the time that he will be receiving the course of treatment.

“They in turn will set up a new fundraising page if people wish to continue to support. All excess money will still go to other families in the same position.

“Oliver has recently had a clinic check-up and everyone was very pleased to see him after several weeks away at radiology. He has gained a little weight and his blood results were all great.”

Having endured bouts of chemotherapy, Oliver’s radiotherapy has ended and he’ll have one block of immunotherapy - which began on Monday - before he jets to New York at the end of the year.

“Thankfully we can start the immunotherapy treatment at home, which means that he can start school along with his little friends,” Laura added.

“The next time we go to hospital will be later in September and we will be staying for ten days while he receives his first antibodies.”

Oliver’s illness showed on Boxing Day last year when he was pale and had darkened eyes, but given the busy time of year it was assumed that it was just down to tiredness due to the busy Christmas period.

The family are backing Childhood Cancer Awareness Month - which runs throughout September - to highlight how quick lives can be turned upside down by the illness.

Laura said: “When Oliver first looked poorly it was nothing more than a quick conversation along the lines of ‘he looks a bit pale and his eyes look dark, I think he’s anaemic, I’ll book a blood test’ and that was it.

“I didn’t even think it was important enough to warrant a day off work. The guilt of that eats away at me every single day, we literally had zero concerns.

“After many many tests it was Friday January 17, two days after the first blood test, that we were told Oliver had stage four cancer.

“We didn’t think this could happen to us, but it did. It can happen to anyone and I will use this month to raise awareness of childhood cancer because no child should have to suffer.”