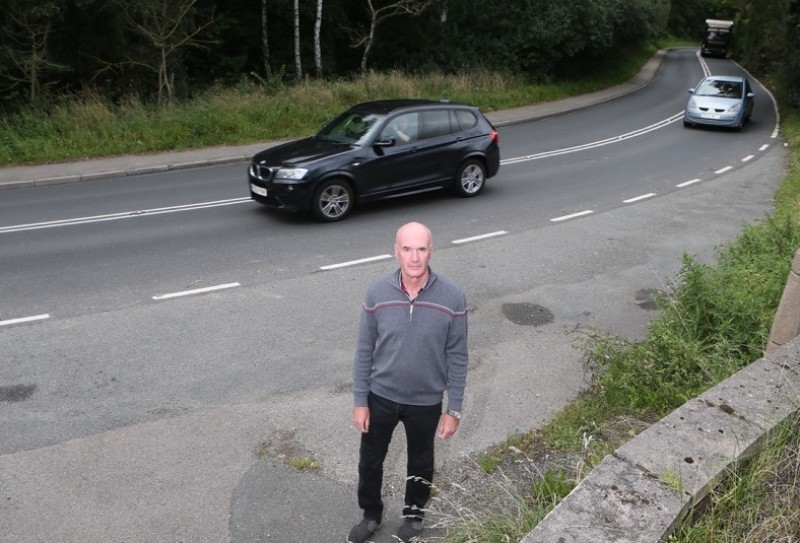 A COUNCILLOR has hit out after controversial plans to introduce a new roundabout in Dodworth - which could bring even more traffic to the area - were approved at a council meeting this week.

The development will connect Capitol Close and Higham Lane, and highways improvement works to upgrade Higham Lane - as well as the enlargement of the Capitol Park roundabout - will also be carried out.

Objections were made by 14 residents and business in response to the consultation carried out on the plans and supporting documents. Concerns were put forward by Coun Peter Fielding, who believes the application exacerbates an ‘already serious’ traffic problem in the area.

Coun Fielding pointed to the already narrow lane on Higham Lane which, when driven down by HGVs, puts residents in ‘fear for their lives’.

He said: “This development is the second piece of work to develop the link road, the first being the Penny Pie Park gyratory.

“Eventually it is planned to connect Dodworth Road with Barugh Green Road at Redbrook to carry traffic associated with the forthcoming site MU1 development and other planned developments in the area so as to minimise the impact of the massive increases in traffic on existing roads such as Higham Common Road.

“I opposed this planning application due to the flawed sequencing of the development of the Claycliffe link road.

“For reasons best known to themselves, the council decided to construct this new roundabout to connect Capitol Close to Higham Lane before the actual link road is built thereby attracting more traffic onto Higham Common Road which already suffers from excessive use by HGVs.”

Coun Fielding, Liberal Democrat councillor for Dodworth, is asking for the council to reconsider its approach to the application, and is calling on it to show some consideration for the health and safety of the surrounding communities.

“Why are we going to spend millions of pounds of scarce public money to build something that cannot be used for many years and offers no immediate benefits when they have no funding in place for the link road itself?” he added.

“I also have little confidence that the planning condition to prevent access from Capitol Close will remain in place until the link road is built given the same project team have already ignored many planning conditions and have had others amended at Penny Pie Park.

“I am calling on the council to reconsider their approach to this development and delay the construction of this roundabout until they have fully constructed the link road.

“Only then should any development on MU1 take place - this would at least show some consideration for the health, safety and amenity of local communities.”

A council report said: “Highways officers have confirmed they are satisfied with the modelling and analysis undertaken and that the submission sufficiently tests the suitability of the proposed scheme to deliver the necessary highways improvement to support growth.

“When considered as a wider package of improvements, the proposal is eventually intended to divert existing traffic away from existing routes and provide a purpose-built multi-user route between Claycliffe and Dodworth thus reducing existing issues on the highway network and promoting sustainable travel.”