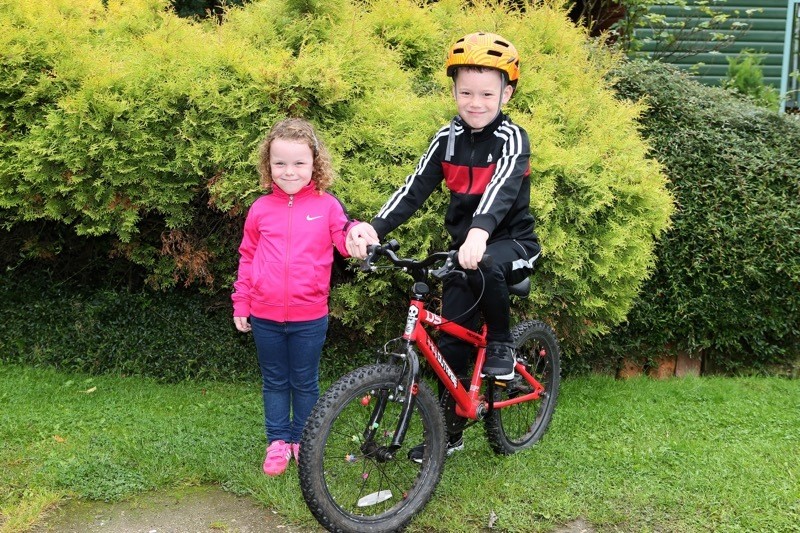 A BROTHER and sister from Hoyland Common have teamed up to raise over £1,000 for Macmillan Cancer Support - the charity who are currently looking after their great auntie.

Lenny Oliver, seven, decided to raise money for the charity to help raise funds for the people caring for Jennifer Morrison, his great auntie, by riding 50 miles on his bike throughout August.

His mum, Frances Stott, said: “He wanted to do something for the charity and so from August 1 he went riding on his bike and aimed to ride 50 miles in a month which he managed to hit.

“Some days were harder than others for him - on the days where it was really hot he might only ride a couple of miles and then his last trip was extremely windy and it was raining but he still managed to power through.

“I think Elsie saw all the attention that Lenny was getting and wanted to be a part of it and so she held a bake sale last Saturday which raised £206 - Lenny raised £795.”

Frances said she was overwhelmed with the support the pair received and Lenny is even currently looking at ways he can raise some more money for the charity.

“I’m very proud of both of them, they’ve managed to raise just over £1,000 for the charity and I think that’s absolutely fantastic,” she added.

“I’m quite overwhelmed by all the support that everyone gave them, a lot was raised on the JustGiving page and then some other funds were raised through family and friend donations on the sponsorship sheets.

“Lenny is determined to do another event to raise money for charity but he’s not too sure what he’s going to try out just yet.”