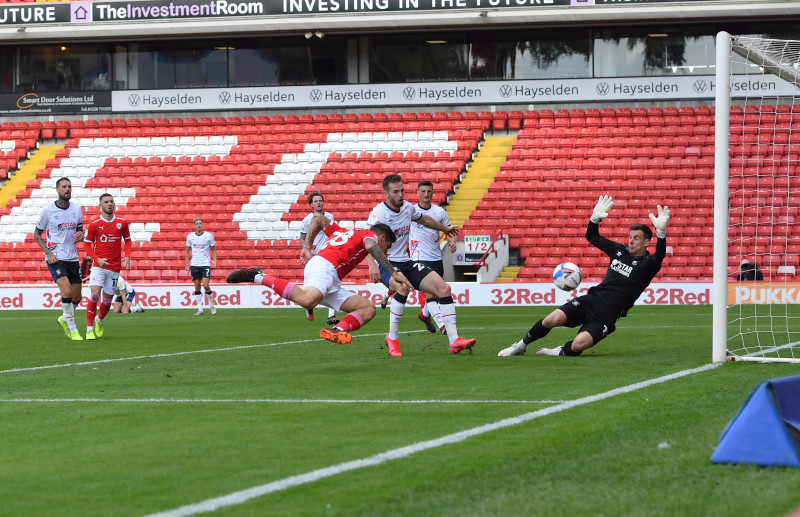 Barnsley made a disappointing start to their Championship season, losing 1-0 to Luton Town at Oakwell on Saturday.

A very poor match with minimal chances for either side was settled by James Collins' 71st-minute goal, the first by a visiting player at Oakwell in five matches since February.

The Reds dipped well below the standards they set in their great escape last season as well as in pre-season and the EFL Cup win over Nottingham Forest a week earlier.

Gerhard Struber played Marcel Ritzmaier at left wing-back, with Clarke Oduor not in the squad due to injury, while Elliot Simoes played behind strikers Conor Chaplin and Cauley Woodrow. New signing Michal Helik was on the bench along with fit-again Romal Palmer.

The visitors started the brighter and should have taken the lead in the 18th minute when a fine Harry Cornick cross from the right was met by Collins but, sliding in, he shot over the bar from eight yards out.

Barnsley grew into the game after a poor first 20 minutes, in which they had to defend almost constantly. Woodrow had the first shot on target of the game on 35 minutes but his weak 20-yard effort was straight at the goalkeeper while he, Alex Mowatt and Callum Styles put efforts off-target from far out.

Luke Berry – one of eight ex-Reds in the Luton matchday squad – blasted over the bar from 25 yards on the stroke of half-time after Mads Andersen was robbed of the ball and claimed he had been fouled.

Struber made changes at the start of the second half, introducing Dominik Frieser for his league debut in place of Simoes and Romal Palmer for Ritzmaier. Frieser went up front with Chaplin and Woodrow dropped back into the number ten role, while Palmer joined Mowatt in the centre and Styles moved to left wing-back.

Luton took the lead in the 71st minute when a long ball was flicked on to Collins and, from just inside the box, he blasted a shot into the top right corner.

Barnsley could have levelled four minutes later when Frieser met a cross from the left at the back post but shot wide from five yards out. Luton almost made it 2-0 when a free-kick by substitute James Bree hit another former Barnsley player Matty Pearson and trickled wide.

Woodrow saw a close-range shot blocked almost on the line by Pearson after a blocked Mowatt free-kick fell nicely for him on the right of the area.