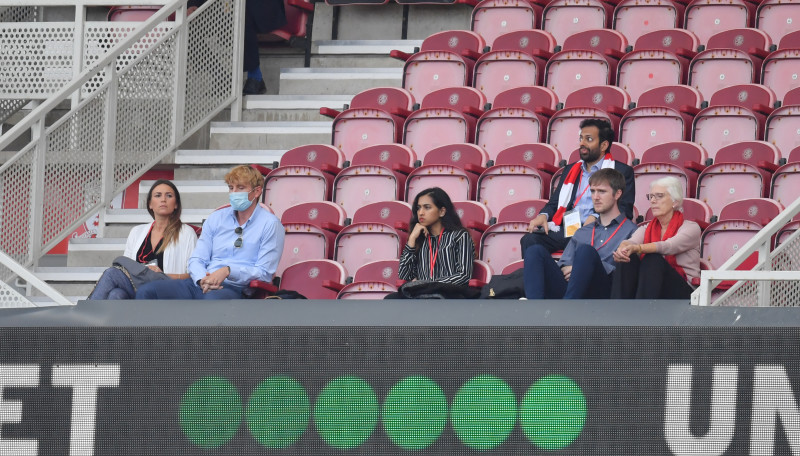 The dispute between Barnsley FC’s owners took another twist this week when it was revealed that the club’s majority owners have had discussions with other EFL clubs about a move away from Oakwell.

The Chronicle understands that, as first reported by the Daily Mail, the majority owners – a consortium led by Chien Lee and Paul Conway – have discussed an alternative playing venue. But it is not clear how far the negotiations have got and when the Reds could move, if at all, with suspicions that it is, at least partly, an attempt to put pressure on the Cryne family, the previous club owners.

Both the Crynes and Barnsley Council, who each own half of Oakwell, have responded with statements denying suggestions that they have refused to sell and expressing dismay at the idea of Barnsley moving.

The Crynes are suing Lee and Conway’s group for £2.75m in unpaid instalments from the 2017 sale of the club.  The family still own 20 per cent of the club as well as half of the ground, with Barnsley Council owning the other half.  The majority owners are understood to be unhappy with the maintenance costs they are paying and claim the Crynes hid a ‘third party claim’ to the ground from them. But the family insist that relates to an historic claim which has now expired and that they would be happy to sell their half of the stadium. They have previously said they have reduced and delayed payments to help the majority owners.

Jean and James Cryne, the widow and son of former owner Patrick, were at Barnsley’s game at Middlesbrough on Tuesday along with chief executive Dane Murphy and also Indian businessman Neerav Parekh, one of the co-investors in Conway and Lee’s group which also includes American baseball legend Billy Beane. James also works in the recruitment department at Oakwell.

The Reds are preparing as normal for their next home game a week tomorrow against Coventry City, a club who have had to move to Northampton Town and now Birmingham City’s St Andrew’s stadium due to a dispute between the club owners and the owners of the Ricoh Arena.

The club’s supporters’ trust has released a detailed summary of the situation.  They also state: “We hope that the talk of moving away from Oakwell is nothing more than posturing by BFC Investment Company Limited (the majority owners).  Barnsley Football Club Supporters’ Trust will continue to encourage and support a resolution to the current situation that ensures we continue to see football played at Oakwell alongside success for Gerhard Struber and the team.”

Barnsley MPs Stephanie Peacock and Dan Jarvis also expressed their concerns at the news and said they would do everything they could to prevent the club from moving away from Oakwell.

A statement from the Cryne family read: “The Cryne Family would like to clarify that, contrary to recent speculation, they are fully committed to the agreement to sell their 50 per cent stake in Oakwell Stadium to BFC Investment Company.  The Cryne Family remain committed supporters of the club and its future at Oakwell Stadium, the club’s home where it has played its football for the past 133 years, and want no more than to resolve this issue in line with the agreement made when BFC Investment Company bought the club.”