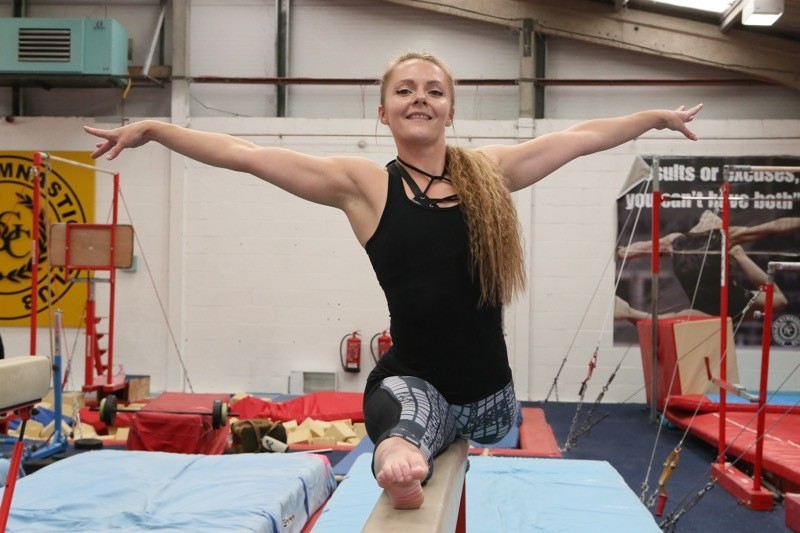 A TANKERSLEY gymnast who performs dangerous stunts on horseback - using weapons such as swords, knives and bows - has been nominated for a Proud of Barnsley award in the Sporting Achievement category.

Chrystal Waterhouse, 25, is an exceptional gymnast in all forms whether it be artistic or acrobatic - but her interest in dzhigitovka, a sport originating in Russia, has seen her land movie roles as a stunt double.

She told the Chronicle: “I’ve been interested in gymnastics for a really long time and I’m now a coach which is something that I really enjoy.

“I managed to get to the Yorkshire Championships with my recreational gymnastics but I’ve also competed in Switzerland, winning the Zurich Cup twice.

“Dzhigitovka is a Russian military sport which is basically where I perform gymnastics on horseback with weapons like a bow and arrow, it’s such a thrill and I managed to get into it because my mum brought me and my sister into an experience day and I’ve been involved ever since.”

Chrystal’s passion has landed her roles in movies as a stunt double - usually as young girl due to her size - and hopes that she can expand on her repertoire in the future.

“Last year I started my movie stunt career and I’ve been in a few films since then, one is coming out next year hopefully,” she added.

“I’ve worked with Tom Holland’s stunt double and Chris Hemsworth’s too - I’m hoping to be involved in some more films in the future but it’s all about when they need me so it’s hard to tell when the next one will be.”

As a coach at Barnsley Gymnastics Club Chrystal admits that she’s found it hard during lockdown not being able to train and see the kids.

“It was really hard because we’ve gone from seeing the kids virtually every day and then when lockdown hit we didn’t see them at all,” she said.

“Things have really slowed down, it’s been a really big pain not being able to train on the horses - it’s quite sad.

“We’ve also not really been able to go to the gym or do circus training.”