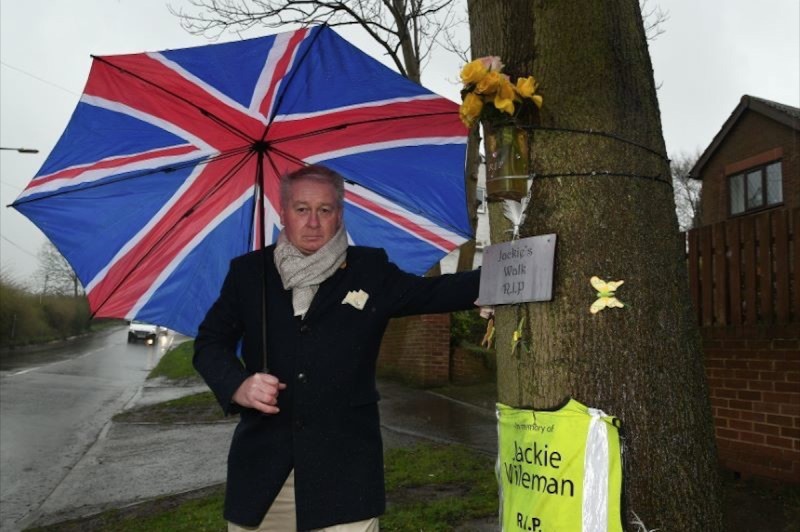 THE grieving brother of a woman who was fatally struck by a stolen HGV two years ago has had further success in his bid to change the maximum jail sentence - on the anniversary of her death.

Johnny Wood, of Cudworth, has been campaigning for a change in the law after his sister, Jacqueline Wileman, 58, was killed when walking on Common Road, Brierley.

It was being driven by unlicensed Karn Hill and carrying Wayne Carroll, Alan Mawhinney and Mellor when it failed to turn a corner and hit Jacqueline.

The four men were convicted for causing death by dangerous driving and received between ten-and-a-half and 13 years in prison.

On the anniversary of his sister’s death, Johnny was overwhelmed to hear the government’s proposal to the law change which was brought forward in Parliament on Wednesday.

“Jackie was a shining light in our community and was loved by everybody,” he said.

“Her death could’ve been prevented and to this day we’re fighting for justice.

“We felt there was a lack of police funding in Barnsley and lack of staff, if there had been more officers the stolen lorry could have been picked up and her death prevented.

“On October 16, we will be back in Parliament for a second reading on the law change from 14 years maximum, to life in prison.

“I’m a proud man this week although it is bittersweet. It took a case like Jackie’s to really push this forward and I just hope it will make it better for other families who go through this.

“I’ve been working alongside the Justice Minister and MP Stephanie Peacock to try and change the law to make these kinds of sentences more severe.

“I’m incredibly proud of us as a family for pushing on and getting this issue through Parliament, but it’s all for Jacqueline and those just like her.”

Monday marked two years since Jacqueline was killed and her loved ones met at a ‘special place’ to honour her memory.

“We went to Jacqueline’s tree at the place she lost her life. We met as a family to place yellow flowers and remember her.

“It’s been incredibly difficult without her but we hope to do her proud every day.

“I’m confident that the law will be changed as we need to bring justice to those who have had life taken away from them so cruelly.”

Stephanie Peacock, MP for Barnsley East, has worked with Johnny on his campaign from the beginning and has continually pushed the law change in Parliament.

She said: “Changes to increase the maximum sentence for death by dangerous driving from 14 years to life imprisonment are long overdue.

“The family of Jackie Wileman have waited far too long for justice following Jackie’s tragic death more than two years ago.

“I welcome the government’s proposals this week to bring forward this important change, and I will continue to work with Johnny and the rest of Jackie’s family in supporting efforts to ensure this proposal becomes law.”