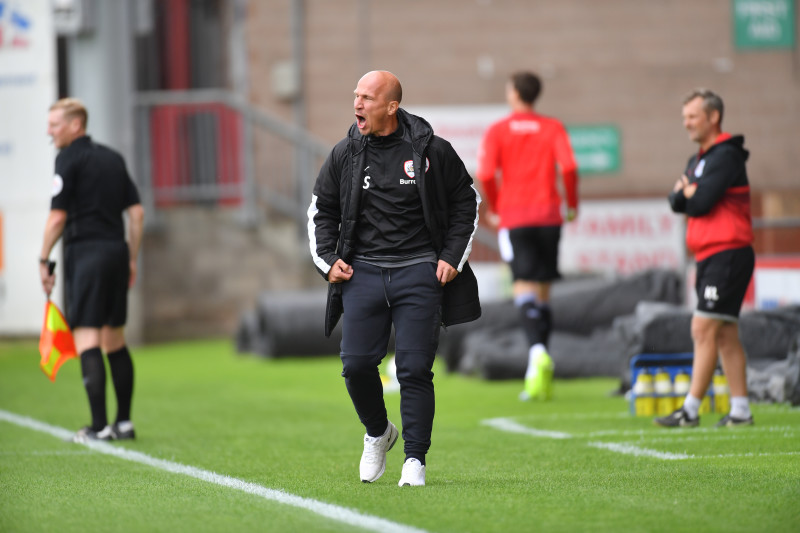 Gerhard Struber believes his Barnsley team can ‘give Chelsea problems’ in their EFL Cup third round meeting tomorrow night.

The Reds travel to Stamford Bridge for the first time in 22 years tomorrow to face the Premier League giants.

Head coach Struber said: “It is a special game against a big, famous club with a big history and special players in every position. It is a good chance to play against this level.

“It is a very good feeling to play such a massive opponent and a chance to show what he can do. We prepare very professionally for this game and we hope we can show we are an interesting team and we are not scared of this opponent. It is important that we work very close together and make it not easy to play against us. It is not easy but we like challenges.

“Chelsea is the big, big, big favourite, and they have many stars in the football world, but we never give up and we believe we can make a good performance. We have to be very brave and we must focus in our game and forget, for the 90 minutes, that we play against this massive opponents.

“If we have winning DNA, maybe we can give Chelsea problems. Over 90 minutes, history shows us that the favourite does not always win. It is a big game for me and for the club. It is my first time against an opponent on this level, it is a special feeling and a special challenge. We will show Chelsea that we have also professional players and that Barnsley is not only a nice place but we are ready for good football.”

Brad Collins, the Barnsley goalkeeper who spent ten years in the Chelsea academy, said: “I was delighted when I saw the draw. It doesn’t come around very often so to play at Stamford Bridge is a fantastic opportunity.

“I was there for ten years so I spent a lot of my life there and it has a special place in my heart. We will go there to win. They have a lot of talented players but we have to believe in ourselves. We are a good football team as well. It’s important that we play our style and cause them problems.

“I played with Reuben Loftus-Cheek, Andreas Christensen, Tammy Abraham, Fikayo Tomori, Mason Mount, Reece James. I still speak to Mason and Reece James quite a lot. The assistant manager (Jody Morris) is my old youth team manager. If we win, I will be giving them some banter.”

Asked if he would make changes from the side that lost at Reading on Saturday – on top of suspensions for Michal Helik and Mads Andersen – Struber said: “I will use my whole squad. Many players, at the moment, show me they are ready to play in the Championship. We will have a very good starting 11. Every single player is ready for this special fight.”

MP Michael Gove announced this morning that the government would ‘pause’ plans to let fans back into stadiums from next month due to a spike in coronavirus cases. Struber said: “This is bad news that we have to wait for supporters to be in the stadium. It is a difficult situation, in every country the numbers go up and no country has the situation in hand. We must make the best but it is disappointing. I hope we get the supporters back in December.

“In this moment it is very difficult for the players to play without supporters, it is surreal. When we have this situation for the next few months or longer, then it will have a big financial impact on every club in the world. Maybe some supporters find some other interests which is dangerous for football. I hope normal life comes back but, when I look at the situation in Europe I do not see the light at the end of the tunnel.”

Struber is hoping to bring in new players, but appeared to question the club’s financial ability to do so. He said: “We are waiting and searching. We are very close in contact with one or other player but, in the end, we have to invest and when we do not have the power for investment, we have a difficult season.”