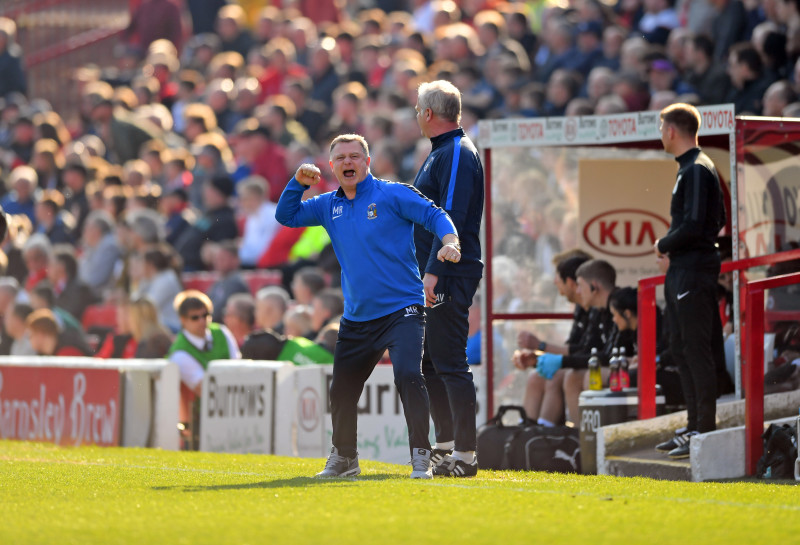 Barnsley will be looking to register their first goals and points of the Championship season at home to Mark Robins’ Coventry City tomorrow from 3pm.

The last time the Reds failed to score in the first three games of a league season was in 1992/93 while the last time they did not collect a point from the first three was 2008/09 which included a defeat against tomorrow’s visitors. So far they have lost 1-0 at home to Luton Town then were defeated 2-0 at Reading with nine men on Saturday.  Barnsley will have centre-backs Michal Helik and Mads Andersen in contention after their one-game bans.

After his side’s 6-0 loss at Premier League Chelsea in the EFL Cup on Wednesday, head coach Gerhard Struber told the Chronicle: “Coventry is a more realistic game, because Chelsea is an outstanding team with a completely different ability to my players – this is the reality. We will learn from the Chelsea game and go with a good feeling into the game on Saturday.  Coventry is the most important game of the week, everyone knows this.”

Coventry conceded after 19 seconds of their first Championship game in eight years as they lost 2-1 at Bristol City.  They then hosted Queens Park Rangers on Friday evening and won 3-2.

Robins was Barnsley manager from September 2009 until May 2011, winning 29 of his 92 games and guiding them to 18th- and 17th-placed finishes.  Since he left, following a disagreement with the board over the budget, the Reds’ next six Championship seasons have seen them be relegated twice and finish a place above the drop zone three times.

Robins spent 18 months out of management before a short first spell with Coventry, whom he left to return to Yorkshire with Huddersfield Town and so was in the home dugout for the famous 2-2 draw on the final day in 2013 which kept both sides in the Championship.  He was sacked the following year then, after a spell with Scunthorpe United, joined Coventry again in March 2017.

Robins won the Checkatrade Trophy at Wembley the following month and, although he could not stop City going down to League Two, he took them back to Wembley the following year to win the play-off final. They secured a second promotion in three seasons earlier this year when, after the League One season ended with them on 14-game unbeaten run and eight points clear in the top two, they were promoted on a points-per-game basis due to the coronavirus crisis.

Robins has faced Barnsley ten times as a manager, losing four and winning four.  His assistant Adi Viveash – the former Chelsea academy coach credited with helping to implement Coventry’s attractive style – also has a connection to Barnsley. He spent the first month of the 1995/96 season on loan to the Reds from Swindon Town and scored on his debut in the 4-3 loss to Crystal Palace.

The Sky Blues have gone down a similar route to Barnsley this summer, signing foreign players including Dutch midfielder Gustavo Hamer – who has created the most chances in the division so far – German winger Marcel Hillsner and French defender Julien Dacosta.  They play an unusual ‘box’ midfield with two players behind the striker and another two protecting the back three, with wing-backs on the flanks.

The Sky Blues will come up against some familiar faces in Luke Thomas and Conor Chaplin who both spent the 2018/19 season with Coventry before moving to Oakwell the following summer.  Chaplin was in and out of the side under Robins, starting 22 of the 46 League One games and scoring eight goals.

Thomas – who was on loan from Derby County – started 41 league games, coming off the bench in two more, and scored four goals including the equaliser in a 2-2 draw at Oakwell in March last year.  That meant Coventry took four points off promotion-bound Barnsley after winning 1-0 at the Ricoh in September.

The draw also ended a run of four straight league losses for the Sky Blues at Oakwell, while Barnsley have not won an away game against Coventry in 25 attempts since 1923.

City are currently playing at Birmingham City’s St Andrew’s ground due to a dispute between their owners and Wasps rugby club who own the Ricoh Arena, the Sky Blues’ former home. 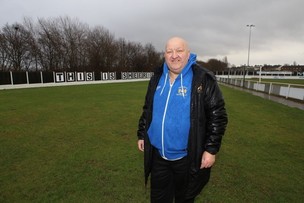