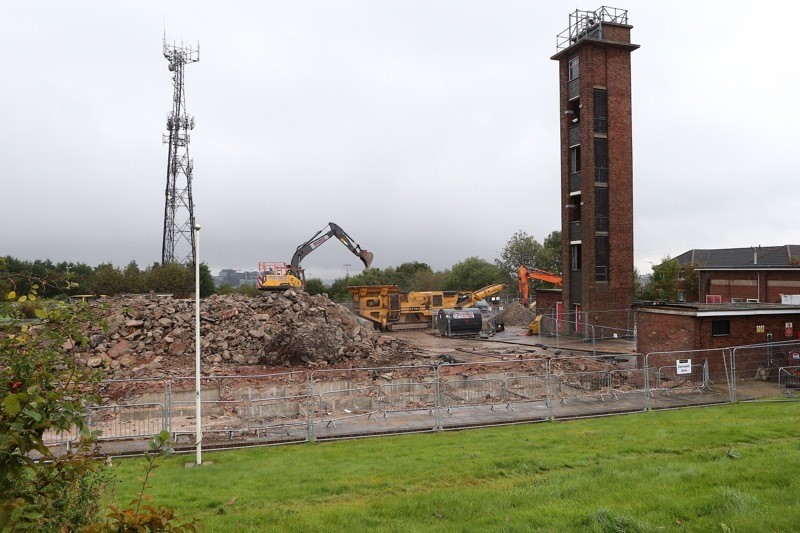 THE demolition of Barnsley’s fire station on Broadway has been completed with bosses hoping the new multi-use facility will be completed towards the middle of next year.

The old three-storey venue in Kingstone was on the site for 60 years before its demolition to make way for a new two-storey, three-bay facility on the same land.

Firefighters are currently being housed in a temporary facility off-site - in Barugh Green - while the construction of the new building takes place.

“It has been part of the landscape for over half a century and will hold many fond memories for all those who have served there and the people of Barnsley alike.

“It is now however time to move forward and this exciting new development will offer a 21st century fire station and facilities that will enhance both the working environment for crews and further develop the already strong community links that exist in Barnsley.”

The new station’s progress is well underway with the unveiling expected to take place before the end of next year.

A spokesperson for South Yorkshire Fire told the Chronicle: “We’re pleased to say that really good progress is being made.

“The demolition of the old station is now complete and groundworks have started on the new facility.

“We are hoping it will be completed around the middle of next year, ready to serve the people of Barnsley for years and decades to come.”