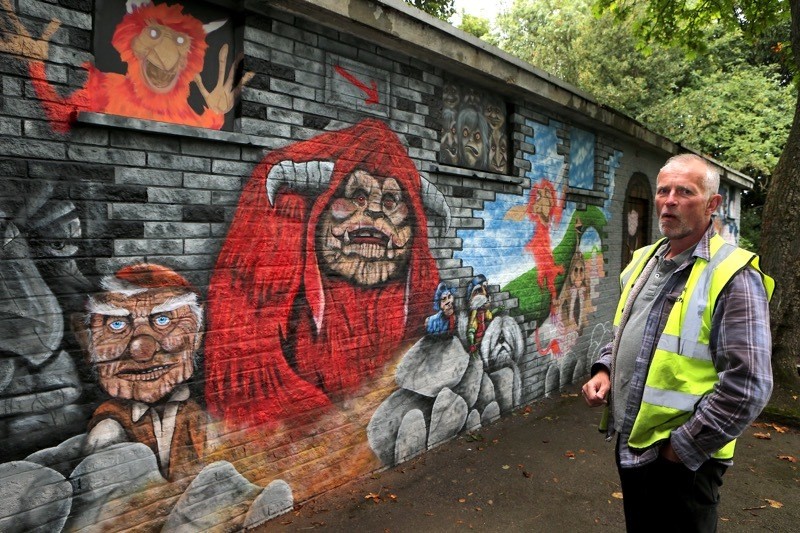 TWO colourful murals will be created in a popular park that helps celebrate a fantasy film series.

The mural is currently being created by artist known as Andy B in Locke Park.

The idea for the colourful work of art came about by Friends of Locke Park volunteer, Dave Harwood, who applied to make the surrounding area a fairy garden.

“That area is quite isolated and I wanted to make something nice in that area,” said Dave. “I thought of the idea for the fairy garden and applied to the council to make it happen.”

This isn’t the first time Andy’s work will be displayed in the park as last September he created another mural which was created at the side of the house at the entrance to the park.

“The two murals will focus on the Labyrinth film and Dark Crystal TV show,” added Dave. “I really like how they represent what I had in mind with the fairy garden - they will look great when they are finished and we have already had a woman travel from Leeds to see them.”

Andy has been working on the murals since the beginning of the month and hopes to have them completed by early October.