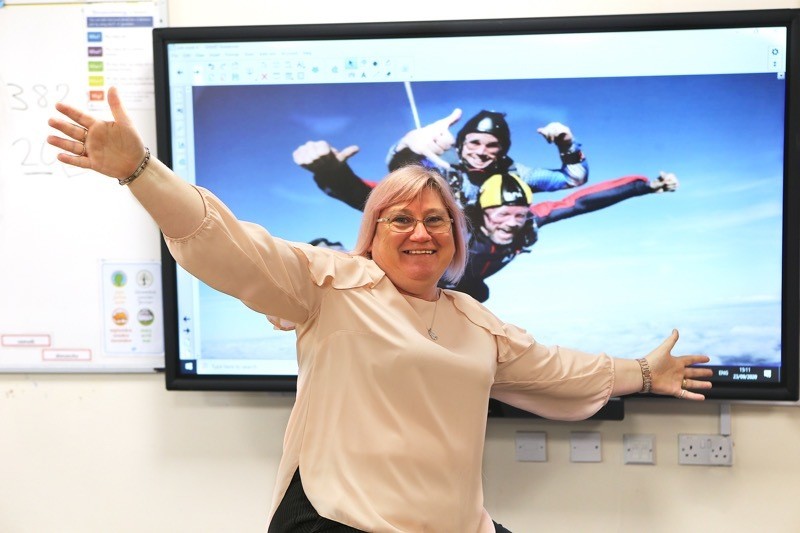 A PRIMARY school teacher is set to conquer her fears and take to the skies in a bid to raise money for a hospital ward who are helping a pupil fight leukaemia.

Samantha Walton, 50, is a year three teacher at West Meadows Primary School, Hoyland, and is aiming to take the leap to raise funds for ward six at Sheffield Children’s Hospital who are helping support a year two pupil with her battle with leukaemia.

She told the Chronicle: “As a school we decided that we were going to try and raise money for ward six at Sheffield Children’s Hospital and we’re doing different things to try and raise funds for them.

“I’m going to be doing the jump during half-term on October 30.”

Samantha admits that she is already losing sleep thinking about taking the leap, but is spurred on by the fantastic support she has seen so far.

“I’ve never done anything like this before but I suffer from anxiety and I’m scared of heights so it’s going to be quite a challenge,” she added.

“I’m already losing sleep just over the thought of jumping but the support has been brilliant.