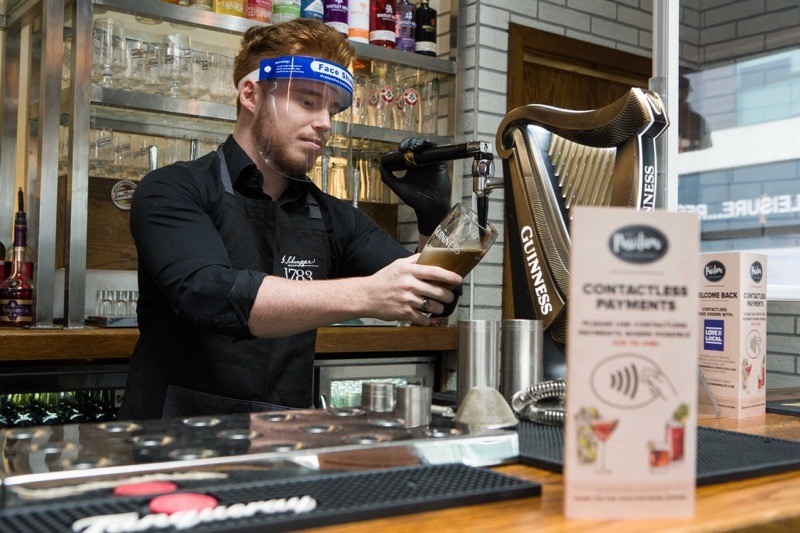 ‘DAMAGING’ restrictions which came into force last night to prevent the spread of coronavirus in pubs and restaurants will have a grave long-term impact on cash-strapped venues in Barnsley, landlords have warned.

All hospitality venues now have to shut at 10pm - a move which will ‘strangle’ already tough trade and result in businesses going bust, owners in the town believe.

Prime Minister Boris Johnson, who outlined the tough new stance in a televised address to the nation on Tuesday, said this will mean ‘closing and not just calling for last orders’.

Businesses must also ensure customers are served at tables of no more than six and groups are not permitted to mingle.

Paul McNicholas, who owns Annie Murray’s, OO Bar and Hill 16 in the town centre, told the Chronicle he had worries over the future of the hospitality sector and urged the government to provide a financial support package for the industry’s stricken venues.

“Many landlords had already taken the decision to close earlier than before, at say 11pm, when venues were given permission to reopen but the 10pm law makes things even more difficult when it’s already a challenge.

“A lot of young people start locally and come out late in the town centre, 9pm onwards in most cases, so you automatically miss a lot of that custom by closing just an hour later as you have a very small window.

“I think it’ll impact the town centre’s custom much more than elsewhere as traditionally it’s where people end up, but they won’t be able to now.

“The earlier closing time is one thing, but it’s the table service aspect that’s even tougher for us in particular as many town centre venues simply don’t lend themselves to doing that, whether that’s because of a lack of staff or space.

“I believe we’ll see many establishments simply opt to not open up and that’s obviously terrible for the night-time economy. It’s vital the government provide financial support to the sector to save it.”

The Campaign for Real Ale (CAMRA) claim the government has unfairly targeted the hospitality sector.

Secretary of its Barnsley branch, Nigel Croft, said: “So many venues across the town have done brilliant jobs in boosting customers’ safety and I feel safer in a pub than I do in a supermarket as there’s socially-distanced, clearly marked areas.

“By having a blanket ban, it’ll force people out in droves to taxis and buses at 10pm which the government was apparently trying to avoid.

“I believe this move will impact the town centre badly, not so much the outskirts, as they’re already implementing earlier closures and by people’s nature they head into centres later.

“Pub-goers and publicans alike want to stop the spread of Covid-19, but this curfew is a restriction that unfairly targets the sector and will have a devastating impact on pubs, jobs and local communities.

“This can only be avoided if the government acts now to reintroduce the furlough scheme for hospitality venues, extend the business rates holiday for another year, take steps to resolve the rent crisis facing the sector and drastically cut draught beer duty.”

The beer and pub sector contributes £48m a year to Barnsley’s economy, as well as 2,562 jobs in the town, according to a recent report, but they were all forced to close on March 20 as a result of the coronavirus outbreak before their reopenings were given the go-ahead in July.

Leah Lockwood, co-owner of the Talbot Inn and The Wentworth Arms in Mapplewell, said: “What we’ve struggled with most is people coming to us from elsewhere with more relaxed rules, and when we enforce tigher restrictions, customers may think we’re being strict.

“Now this has been implemented across the country, we feel the safety restrictions we’ve put in place will be expected and enforced.”

Natalie Kemp, of The Full House in Monk Bretton, added: “We’ve slowly been preparing for this move.

“It begs the question as to when doors close at 10pm, will this just encourage people to come earlier in the day or carry on in houses with groups? Everything would then be back to square one again.”