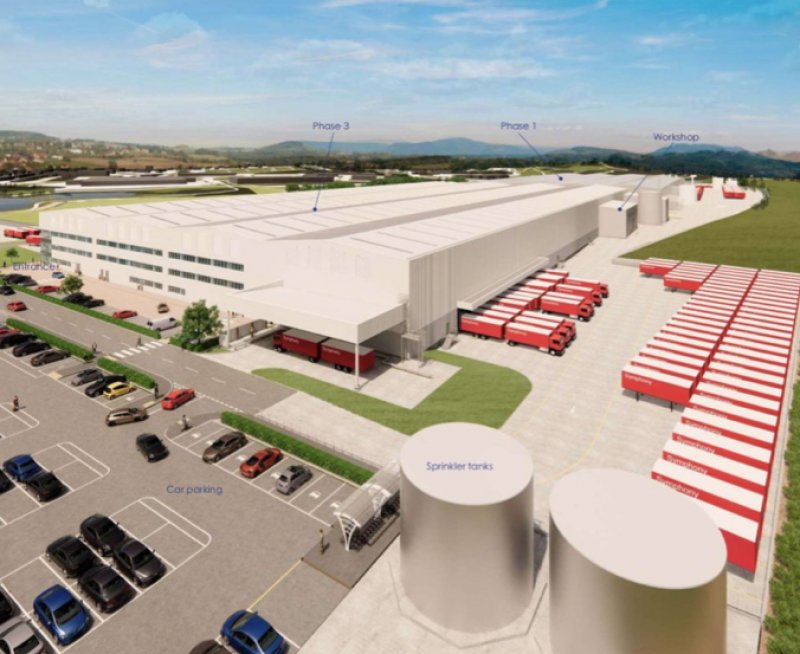 A PLANNING application has been submitted for a new warehouse on a former colliery site which would bring hundreds of jobs to the town.

If approved, the new factory will be built on a 6.97-hectare site.

A design statement for the application states: “The site is located on the former Grimethorpe Colliery which occupied the site from 1894 until its closure in May 1993.

“The site was subsequently reclaimed and landscaped to provide industrial development plots.

“The Symphony Group moved their headquarters to the Pen Hill Estate in 2008.

“Additional areas of the wider site were developed in the following years including a new showroom to the south-east, box parking areas and a helipad.”

On-site parking spaces will also be introduced to the new factory, with the current parking space total at 292.

“The new building is set parallel to the existing access road and set back from the road to allow service and loading areas around the perimeter of the building, similar to the first phase,” the statement continued.

“The new building has been designed to tie in with the existing factory in appearance, with similar features and materials.

“Symphony control the whole of the site and it makes architectural sense to create a ‘campus’ of buildings that match and compliment each other.”

A total of 32 neighbours have been made aware of the application and there have been no appeals lodged to date.

The decision is currently under consideration by the council’s planning board, with the public consultation period ending on October 19.