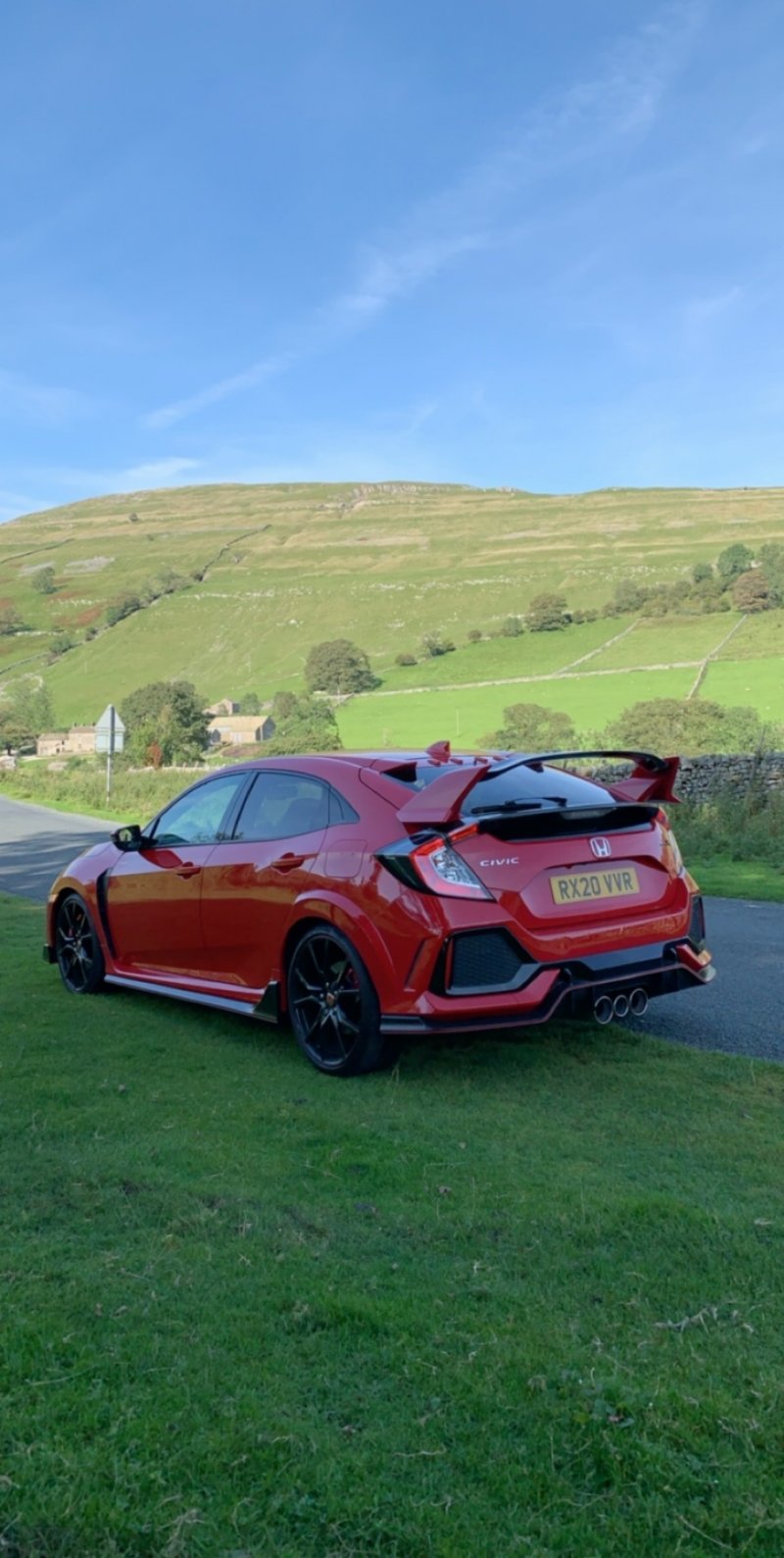 STAND-OUT drives from years gone by can often be recalled as if they had happened yesterday. Each ingredient for that recipe has to be in place - the right road, car and weather conditions all play a huge role but if everything comes together, a perfect memory is formed and it’s something that will stay with you for a lifetime. You’ll remember it each and every time you return to that particular stretch of road.

Hot hatches have regularly played the lead role in my memory bank of great drives. Simple, nonsense-free cars which combine practicality, affordability and point-to-point pace resonate with me like no other form of car. Keep your Ferraris and Lamborghinis; often all that's required is a humble family car that's been given a thorough going over by engineers who know what's what. Great ones fit our challenging roads like a glove and it’s why the UK market continues to indulge its considerable obsession with pumped-up versions of humble hatchbacks. I think of a Clio 182 Trophy hunting down corners like an obsessive maniac, a featherweight 106 Rallye dancing its way down a tight B-road.

If you’re on a tight, twisty road with stomach-churning crests and unsettling undulations, you’re not going to enjoy the experience if you’re behind the wheel of a six-figure car. I think back to driving a 991-generation GT3 in the wet and the sheer trepidation and forward-planning you had to do to extract even half its performance, so instead of recalling corners and revelling in how the car felt, your mind will think back to the ear-splitting graunch of a carbon splitter kissing the asphalt and far-too-close calls with oncoming traffic. Just about every supercar is simply too wide for our favourite roads but the best hot hatches, on the other hand, excel.

My first hot hatch love came from Japan and although I would only have been eight when I first set eyes on its creamy Championship White hue, it’s resonated with me ever since as it began my obsession with Hondas of the famous Type R variety. That car was the import-only EK9, the first Civic to ever wear the famous moniker and one that was incredibly rare due to it never being on sale through Honda’s network of UK dealers.

Its spec sheet still makes for incredible reading: 182bhp at 8,200rpm, a naturally aspirated 1.6-litre engine, 1,073kg and all-important red Recaro seats - key in cementing its place in minds of impressionable youths. It set the bar high for its successors, which were available to buy from UK dealers from the EP3 onwards as the early noughties’ obsession with affordable, lightweight and characterful hot hatches really gathered steam. The EP3, for example, might have required revs but the relationship between its 2.0-litre screamer and its gearbox was a true motoring wonder.

The powertrain has always been the stand-out performer in Civic Type Rs, but in recent years the recipe has been radically changed and it now uses a turbocharged engine. The lithe, agile lightweight has become a true heavyweight and while that transformation and stark change of ethos may appear alarming at first glance for people such as us, one which would almost certainly alienate its loyal following, the newest version - codenamed the FK8 - manages to capture every ounce of true Type R spirit while delivering a full-blooded 316bhp punch.

Quite clearly its looks aren’t for everyone - some people love it, some people think you're a bit silly. You almost get the impression Honda’s designers have gone all out to provoke strait-laced Golf R owners which, in appearance terms, is the complete antithesis of the wild Civic. The triple-exit, F40-style central exhaust, numerous wings, bulges, vents and carbon-effect trim would be scoffed at by owners of subtle hot hatches but I’ve always been one for look-at-me, in-your-face cars and the sheer outrage it causes is something I love.

Open the door and you’re met with lashings of red trim - it’s on the fantastically supportive seats and the chunky steering wheel - but again it’ll have Golf R owners reaching for the sick bucket as it is rather low rate. The infotainment system is somewhat dim-witted and its graphics wouldn’t look out of place in an 18-year-old EP3 but it’s well-made, sturdy and spacious and those seats do claw back much-needed points. Think about the main things motoring enthusiasts look for, though - driving position and where the manual gearknob is situated - and all is forgotten because it's sublime in that respect.

It generally takes a straight bit of road, a corner, a few gear changes and using the brakes to find out what a car is all about and it took all of 100 yards for me to fall for the Type R. Key to its greatness is - shock horror - its powertrain, which feels far more special than its £34,000 list price would ever suggest. Simply put, its six-speed manual is up there with the best I’ve ever used and makes a mockery of its rivals’ gearboxes, chiefly the Megane Trophy. The ball-topped lever fits your hand perfectly but it’s its short throw action that’s to die for – and that’s before you even get on to how it works in perfect harmony with that muscular 2.0-litre turbo.

Traditional Type R fans who remember having to wring out engines to extract every bit of power will be in for a surprise as there’s serious grunt everywhere. The majority of hot hatches use turbochargers these days, both for improved torque and efficiency, but they tend to feel breathless and do their best work below 5,000rpm, robbing the driver of holding on to a gear, but the Type R’s unit is a cracker and gets a new lease of life thanks to Honda’s famed cam technology. It's not an engine that ever feels out of puff and holding on for the final few hundred revs is absolutely worthwhile, simply because it continues to reward your perseverance.

There are three settings - Comfort, Sport and +R - which each progressively up the ante and offer very different traits to the Type R experience. Get in the car and it’ll be in Sport in its default mode; this is a good thing as it’s probably the best balance, but it takes about 30 seconds for curiosity to get the better of you before you select +R. It considerably weights up the steering, it brings in clever rev-matching on down changes, sharpens up throttle response and of course alters the dampers’ rigidity. It suits the car’s crazy look, its feel when you’re behind the wheel and gives the experience you crave from a car of this type. However, there's a catch: it soon becomes a little too harsh when you’re on a typical countryside, just too stiff, so Sport is soon called upon. If you take your cars on track, +R would be great, but it requires smooth roads. The steering feel is fantastic and the handling feels otherworldly. You find yourself working the gearbox, sneaking in perhaps unnecessary shifts, just because it’s so damn good.

Given it’s remained front-wheel-drive, it won’t get near a Golf R off the line but its 0-60mph time of 5.7 seconds is still impressive and it’ll hit 169mph flat out as it’s free from the electronically-limited shackles its German rivals have. In gear is sensational. It piles on speed at a ludicrous rate and feels way stronger than the 2.0-litre fitted to numerous Audis, Seats and VWs. The brakes, made by Brembo, have huge amounts of stopping power. However, it’s the way the pedal feels which is most impressive: there’s no sponginess, none of that confidence-sapping, disconcerting travel and its modulation is a revelation.

Memorable drives become regular in it, but one truly stood out for me during my week with the mad Civic. It was on the B6160 in the Yorkshire Dales, a stretch I'm familiar with from Buckden to Kettlewell. It’s not too technical, but it has the look of a special rally stage and, at night, is even better as you can pick out headlights coming towards you. On this occasion, there was no oncoming traffic, allowing me to fully stretch the Type R's fantastic engine, brake later and grab it by the scruff of its neck. The way in which it goes from point-to-point is utterly incredible: there’s masses of traction, second and third gears are all that’s required on the road and its turn in is perfect.

There aren’t many cars for sale that offer that unbeatable pound-for-pound experience and if you’re after a hot hatch which somehow, even in this day and age, instils the magic of its predecessors while putting its own unique twist on things, there’s nothing quite like it. In most cars there’s something I dislike but the Type R - in my opinion at least - is a true great and one which will be remembered among the very best hot hatches. Yes, it's compromised. Yes, its looks are a little barmy but peel back the crazy body and you'll find something truly magic. It’s a mini exotic, almost a 911 GT3 in hot hatch form, which feels far more special than its price would have you believe.

A masterpiece - imagine just how difficult it is for rivals to steal its hot hatch crown.