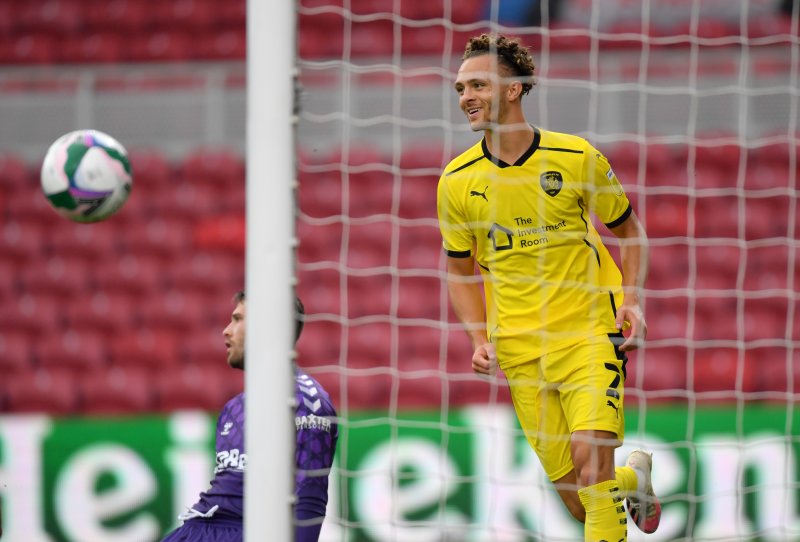 Jordan Williams was delighted to extend his Barnsley contract today and insists the team will recover from their poor start to the season and the exit of Gerhard Struber.

The 20-year-old defender has signed an improved deal until 2023 with a club option to keep him for a further season. He told the Chronicle: “I am delighted. It has been going on for a long time and now I can concentrate on football. This is a good club for me to be at.”

Gerhard Struber left Oakwell this week, with his coach Adam Murray taking over as caretaker. Williams said: “I was disappointed to see him go because he’s been good for my development. But we will be under a new gaffer now. We’re all focused and we know what we need to do. I don’t mind playing under Adam, it’s a similar style of play to Gerhard but he might tweak the system a bit.”

Although the Reds are yet to win a league game, Williams has enjoyed a positive start to the season – having played his 50th game for the club while scoring his second goal in the EFL Cup win at Middlesbrough which was voted goal of the month.

“I have picked up a few awards, passed 50 appearances and got a new contract so it’s been a good month for me.  But I won’t settle for that. I want to keep playing right-back every week but I don’t mind playing at centre-back or left wing-back to help out.”

The Reds have one goal and one point from four games so far.  Williams said: “We have kept clean sheets but some of the goals we have conceded have been simple from set pieces and from not doing the basics right. We haven’t been creating enough chances but we have been working on that this week.

“We have got players who scored about 15 goals last year but other players need to chip in with goals as well. We haven’t been creating good enough chances but hopefully we can in the next few weeks.

“There’s no need to panic after four games. We showed last season that we can come back from a lot. But getting that first win and some goals would be a massive confidence boost.”