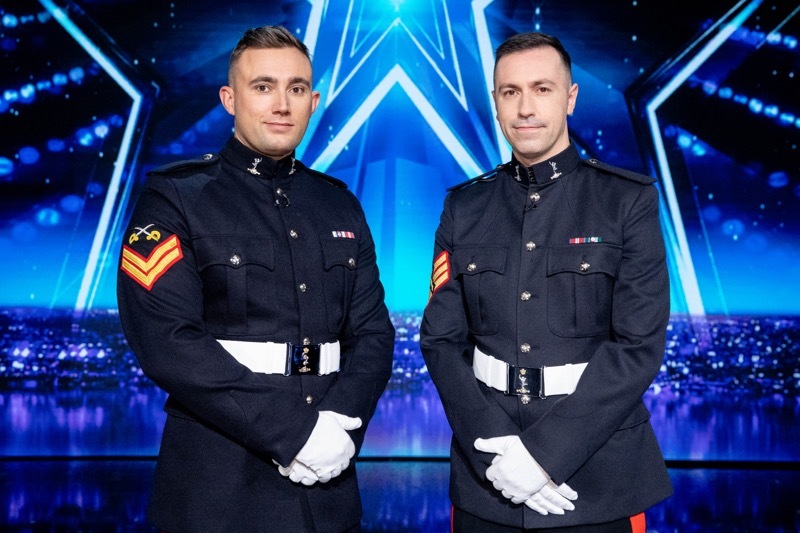 A BARNSLEY singing duo are hopeful of making it through to the public vote in their quest to reach Britain’s Got Talent final tomorrow.

Lee Day, 31, and Vince Fountain, 41, form the band ‘Soldiers of Swing’ as they serve with the 37 Signal Regiment in Sheffield, and they performed in front of a digital audience last weekend in the semi-finals.

The pair had jokingly applied to the show last year, but before long they received the green light at the auditions leading them to the final 40 of the competition - singing Story of My Life by One Direction.

Lee told the Chronicle: “It was really nice to perform in the semi-finals and we still managed to put our own style and stamp on the song - we both quite liked it.

“It was a strange experience singing in front of a full virtual audience because it wasn’t like that at our audition - it was a really great experience to be a part of.”

Unfortunately they didn’t make it straight through to the final, and so are relying on the public vote which is now finished - but Lee is hopeful they will make it through.

“We’ve got our fingers crossed for getting to the final, but voting is closed now and hopefully we’ll get some good news on Friday,” he added.

“We’ve had a fantastic reception all the way through and some of the comments that we’ve had are absolutely great.

“We’re both hoping to perform next month, weather dependent, for a charity called Scotty’s Little Soldiers and we also are hopeful of doing a few bits with the army band.”