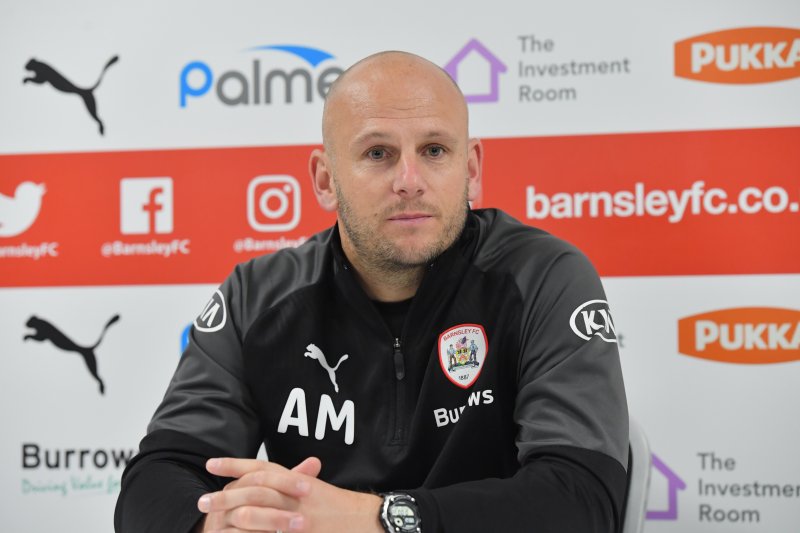 Adam Murray says there are fewer 'fires to put out' than last time he was Barnsley's caretaker manager and that he is not focusing on whether he will get the job full-time.

The coach has taken over from Gerhard Struber – who moved to New York Red Bulls last week – on a temporary basis, exactly a year after he was made caretaker when Daniel Stendel was sacked.

The Reds have been interviewing candidates for the vacant position but Murray is expected to lead the team in their home game against Bristol City on Saturday as they look to improve on a start which has seen them collect one point from their first four games.

He said: "I think there are a lot of differences to last time. We are in a much better place as a group of people and a team. Last time there were a lot more fires to put out, this time it is tweaking a few things, scoring a few goals and keeping the good work Gerhard did going. We are not in the position we want to be in the league but we are positive.

"The biggest challenge has been settling people's minds because we are a very tight group and we achieved something special last season. It took a few days to get our heads around losing the manager but we know that has gone, we're professionals and we have to get three points. We have been focusing on getting our goal-scorers in positions where they can score goals and maybe not having them so much involved in the build-up.

"I am a lot clearer in my own mind this time, about what I want to do as a coach, but I don't want to confuse the players with too much change for when a new manager comes in."

Asked if he wants the job full-time, Murray said: "If the club asked me I would have a decision to make but I am more than happy with the role I am in. My focus is on the group of players. The club is in a process and my job isn't to keep asking what is going on, it is to get the players ready to go to war."

Barnsley are also trying to bring in new players before the transfer window shuts on Friday, while keeping hold of the likes of Cauley Woodrow who has been linked with Cardiff City. Murray said: "The recruitment guys, Dane (Murphy, chief executive) and the board are working exceptionally hard. They have spoken to a lot of targets we think can make us better. We are hoping we can add bodies before the window closes. There is a lot of clarity in the discussions, as coaches we have our opinions on individuals. It is a two-way thing."

Murray confirmed midfielder Mike Bahre has been training with the under 23s and is looking at different options to move away before Friday's deadline.