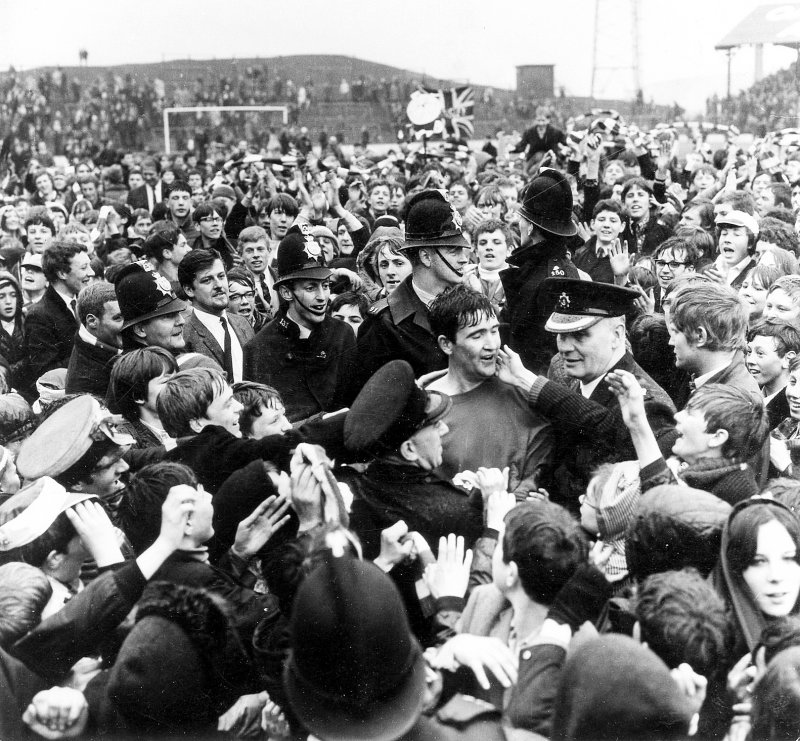 Barry Murphy played a record 569 Barnsley games from 1962-78 then was a coach in the famous Allan Clarke era and is now club ambassador and matchday host. In his new autobiography, he discusses his life and career with his beloved Reds. Here are some exclusive extracts

WHEN I HAD arrived at Barnsley, we were getting crowds of less than 3,000, which was smaller than at South Shields, and I felt like I could look into the stand and know everybody’s name.

We went through the entire season unbeaten at home, something Barnsley wouldn’t do again until the 2018/19 campaign more than half a century later.

We won 17 and drew six of our 23 home games as teams found Oakwell a very, very difficult place to go to. The confidence was oozing out of each and every one of us and we never even considered that we could lose.

Ourselves and Luton were at the top of the table for pretty much the whole season. It was a fantastic battle and we used to always look at the table to see who was on top after each game. In those days, we had to wait until the newspapers came out to see other results and the table, because we couldn’t just check our mobile phones in the dressing-room like they do now.

At the start of April we lost 1-0 at Bradford City, who scored in the last minute, but that seemed to spur us on as we won our next five games including a 4-1 victory at Notts County. We then went to Chester for our last away game, needing a point to go up, with one more home game remaining after that trip.

Big Eric (Winstanley) headed us in front and that settled our nerves. Eddie Loyden, who would sign for us later in the year, equalised for Chester but the match finished 1-1. We were up.

After the game, we all went up on the balcony at Chester’s Sealand Road stadium where the directors were. I went up without my shorts on because I had taken them off in the dressing room and didn’t have a chance to put them back on. I was chased up into the directors’ box in just my pants.  I got ridiculed for that for years to come but I didn’t mind because it was a wonderful day to look back on.

We didn’t get back home until 4am because we were stopping at different pubs all the way back to drink with supporters and celebrate. It was a fantastic night, one of the best of my life.I always used to go to a pub in Hoyle Mill, in Barnsley, with some of our neighbours and the first time I walked in after promotion they were all waiting for me and they put Congratulations by Cliff Richard on the jukebox as loud as possible.

We hosted Newport County in our last game of the season and, after the final whistle, to see all the fans run onto the pitch to celebrate with us was fantastic. The stands were nearly empty. It was a marvellous feeling. I sometimes look at the photographs of me being mobbed by the crowd and it brings it all back.  We had a police escort to get off the pitch. The fans didn’t mean any harm, they just wanted to celebrate with us.

The club held a promotion dinner at Keresforth Hall with a lot of businessmen, people from the council and fans. It was fantastic to see what it meant to the community of Barnsley. My wife Josy was there in a maternity dress because she was eight and a half months pregnant with our son, Neil.

That was a great year… a baby and a promotion.

I think that season was a real saviour for the club, coming so soon after all the financial trouble. To think that, just one year before, the club had nearly folded, and now we were promoted. It made it even sweeter. Things could have gone another way if we hadn’t done so well on the pitch and attracted fans back to the club. It set up a lot of the success which was still to come.