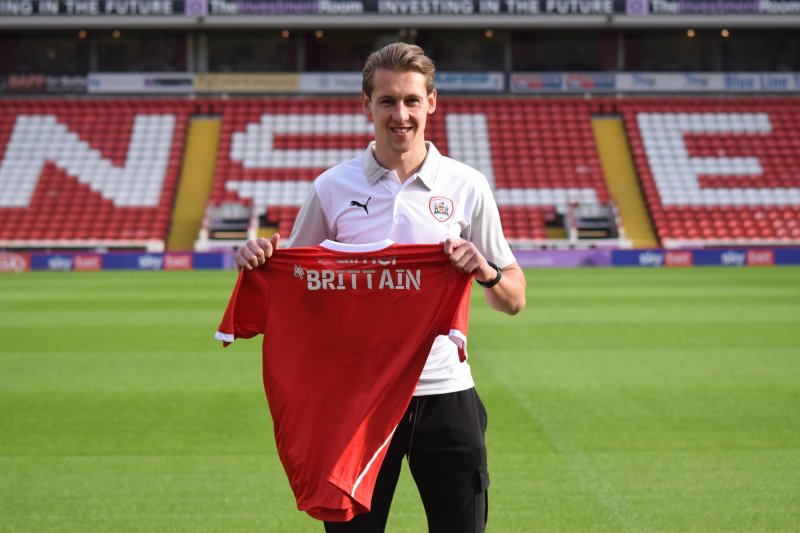 Callum Brittain sought advice on Barnsley from his fellow MK Dons right-back George Williams before moving to Oakwell this season.

The 22-year-old joined on a three-year deal for an undisclosed fee on Saturday.

He came through the MK youth system and played 122 games, scoring five goals, while he was part of the side that gained promotion from League Two last year.

Williams helped Barnsley to gain promotion in 2016 before moving to MK Dons.

Brittain told the Chronicle: “I spoke to George. He said Barnsley is a really great place to be with really nice people and supportive fans so, after that, I was pretty much sold.”

Brittain has been working under caretaker Adam Murray this week after head coach Gerhard Struber left. He told the Chronicle: “I have really enjoyed it.

“He spoke to me on the first day and explained how he plays and how I fit in.

Brittain left MK in the summer of this year as the Dons battled financial problems caused by the coronavirus crisis, but then returned on a two-year contract.

He said: “It was really weird.

“My contract was up and I didn’t know what was happening. There was an offer on the table but I wanted to think about it. I signed it then the interest came after.

“I wanted to play at a higher level.

“I know about the style of Barnsley and that it is a young group so I wanted to test myself. The style really suits me with the wing-backs bombing on and a high press. Barnsley play a similar style to MK Dons.

“I play and think forward and attack the box but I also like to help the team defensively. I couldn’t believe how young the squad is but it’s great.

“Everyone is around my age.

“Hopefully I can push on, if it is with Barnsley, that’s great, but if not then in the Prem which is where every footballer wants to be.”