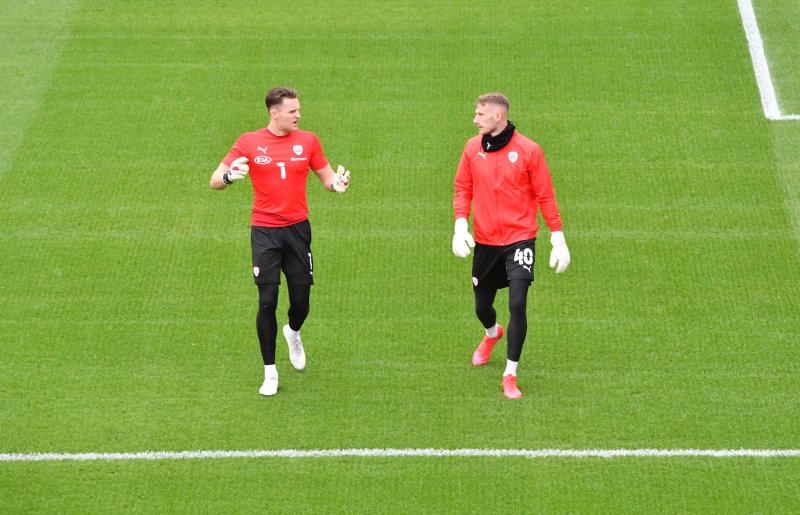 Jack Walton admits he was shocked to be dropped for Gerhard Struber’s last match but is relishing the battle for the number one shirt with Brad Collins.

The 22-year-old goalkeeper was made number one by Struber when football re-started in June and impressed this season and last. He was dropped to the bench in favour of Brad Collins for the last league match at Middlesbrough, before Struber left the club with Adam Murray taking over as caretaker.

Walton told the Chronicle: “I was obviously surprised but it was the manager’s decision. I support Brad 100 per cent but I was surprised not to play.

“That’s gone now and I am thinking about Saturday. We’re good mates but, in football terms, it is a battle. There is only one spot and we both want to play.

The Reds, who have a point from four matches, are yet to score from open play in the league this season but have kept 11 clean sheets in their last 21 games.

Walton said: “It’s been a slow start and we haven’t scored too many. I trust the ability of everyone. It hasn’t worked out in the last few games but it’s really early in the season. Form changes very quickly. If we win on Saturday then we have another game straight after and, if we get two wins, we will be in good form.

“If people want to write us off, let them. We know what we can achieve.”

On Struber’s exit, Walton said: “I don’t think anybody wanted a change so early but that’s football and it’s out of our control. We’ve had an international break with some days off to get a bit of energy back in us.

“I have been here for six or seven years so I have seen a lot of managers come and go. You have to prepare for it as a player. He came in in a difficult situation and kept us up which was massive. But that chapter has gone and we need to look forward. We all know how Muz works.”

Tomorrow’s visitors Bristol City were Barnsley’s hosts the first time Walton  was named in a Reds’ matchday squad in March 2015 as a 16-year-old substitute in a 2-2 draw at Ashton Gate amid a goalkeeper shortage.

Walton told the Chronicle: “I got the nod on the Friday to travel. I was worried because I had to do an initiation song because it was overnighter. But it went well and it was a great experience to be in the squad at such an early age. I have seen quite a lot at the club since then but that’s part and parcel of football.”