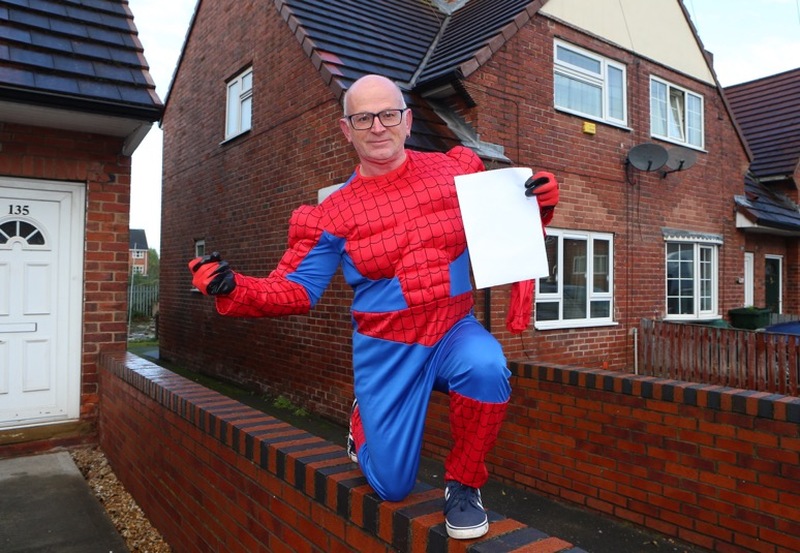 A BUS driver who’s made sure his passengers’ spirits have remained high through lockdown has had his efforts recognised in the Queen’s birthday honours.

Paul Billam - who might be better known as one of a host of masked alter-egos - has been awarded a BEM for his services to the community during the Covid-19 pandemic.

Paul, 59, has variously dressed as Spider-man, Captain America, and Zippy and George from Rainbow as he’s ferried passengers through the borough.

Having been in the job for 15 years, he’s built up a rapport with regulars - so much so that he’s been checking up on them, waving as he passes their houses and leaving sweet treats on doorsteps in his neighbourhood.

Paul, from Goldthorpe, is also a regular charity supporter and has raised thousands for Bluebell Wood Children’s Hospice.

He said at first he didn’t believe the letter was genuine - thinking he was going to be scammed - and it’s still not really sunk in.

“I went to a friend’s house with it, still scratching my head, and they said to phone the number on it,” said Paul.

“I did that and it went through to a representative who said it was true and offered their congratulations.

“It was out of this world and I’ve been on a high ever since.

“I’ve had lots of congratulations from work colleagues.

“Maybe I’ll get my face on the back of the buses now - they could have Spider-man on one side and me on the other.”

Paul said he doesn’t think he’s done anything particularly out of the ordinary.

“I’ve fetched a hell of a lot of smiles to kids’ faces,” he said.

“But being polite and saying please and thank you just rolls off my tongue.

“It’s nice to be appreciated, and it goes to show that not all bus drivers are grumpy.”