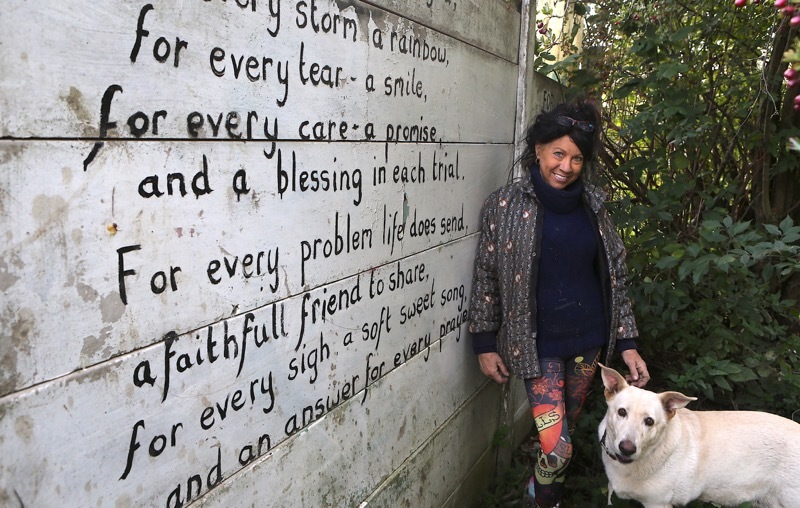 INSPIRATIONAL messages daubed on a boundary wall have resurfaced this month - though they were written more than four years ago by a local resident.

Dawn Lee, 60, who lives at the other side of the wall off Bridle Lane, Goldthorpe, wrote the poetry after feeling that the area needed a spruce up due to continued fly-tipping.

She told the Chronicle: “I started writing on the wall around four years ago as I used to take my daughter to school along the path and it was a real mess.

“A lot of people would fly-tip there so one day I just decided to go out and clean it up - I ended up getting about four wheelie bins full and I took them to the skip myself.

“I started writing on one panel and then I just carried on and did the rest - it took around six months and it’s about half a mile in length.”

Dawn feels the area has once again been shunned and neglected, and hopes that the walls do get redecorated as they are no longer in their former glory.

“Goldthorpe has a bit of a bad reputation and I think the walls made it look a lot better, there’s even a wall dedicated to Goldthorpe,” she added.

“I don’t walk along there with my daughter anymore so it’s not as nice as it used to be and there’s people fly-tipping on there again.

“I can’t see past the wall but I do hear people reading out what’s written on there which is quite nice.”