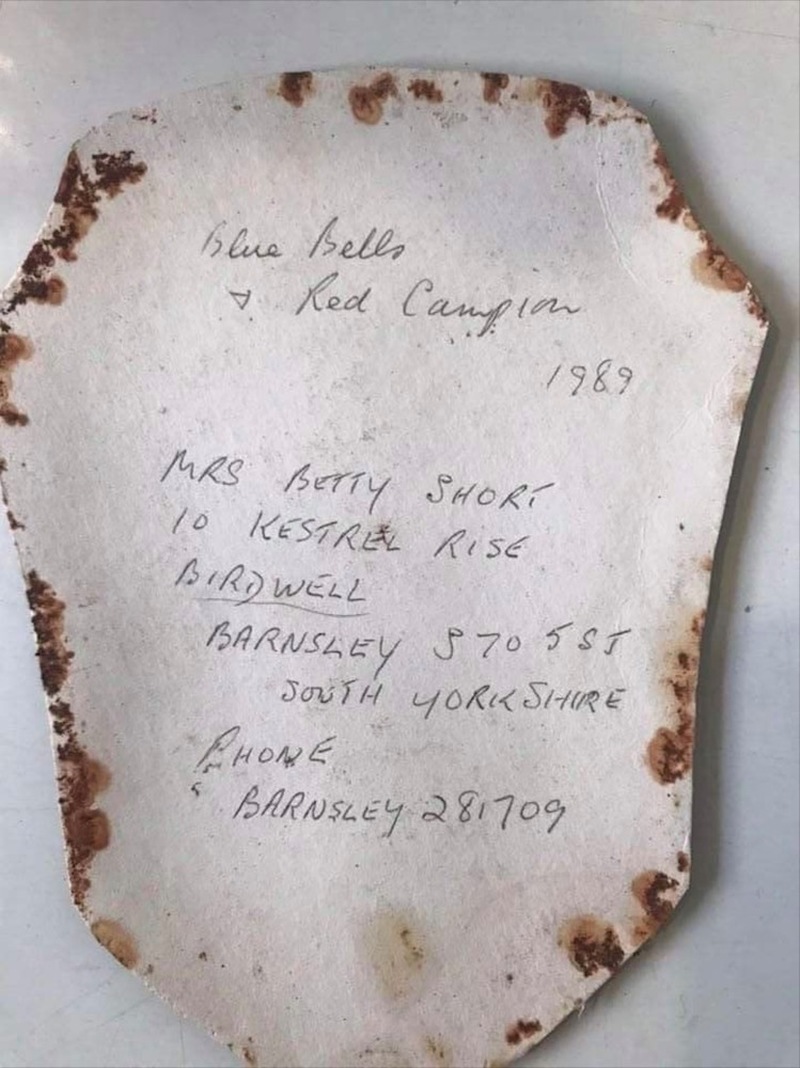 AN antique mirror found in the mountains of Georgia could be evidence that a Barnsley woman was in the country shortly before the collapse of the Soviet Union.

A small painting adorns the back of the mirror - thought by one expert to originally be from 19th century France - which, according to a note found inside, was painted by Betty Short, from Kestrel Rise, Birdwell in 1989.

Whether the mirror was owned by Mrs Short - unlikely, given that Soviet-era Georgia wasn’t a typical holiday destination for people from Barnsley - or gifted or sold to someone else is unknown.

But Anuki Tevdoradze and George Gigineishvili, who found the mirror near a waterfall while trekking in the mountains of Adjara, believe it wants to be returned back to Barnsley.

There have been too many strange coincidences, said friend Owain Lewis, an ex-pat living in the country’s capital Tbilisi, for that not to happen.

“The chances are if Betty was here in 1989 she wouldn’t have been a tourist,” Owain, 43, told the Chronicle.

“It was a very dire time with the world falling apart, she would’ve had some balls to be here.

“There’s quite a small ex-pat community in Georgia.

“The chance that someone picked this up in Barnsley and then threw it away here is so small.

“It’s not the kind of mirror someone would take with them and then throw away.

“It’s not the kind of place, a few years before the fall of the Soviet Union, where you’d expect to meet an English lady from the suburbs.

Anuki and George found the mirror in some rubbish behind what would ordinarily be a tourist centre.

Anuki said she always wanted a ‘princess mirror’ and took it home to Batumi.

The couple thought there had something special on their hands and took it to Anuki’s uncle - a glassworker who identified a small screw at the bottom of the handle.

They took the mirror apart, which is when they found the artwork on the back was hand-painted.

On the reverse of the painting is Mrs Short’s name, full address, and a Barnsley phone number - now inactive.

Anuki and George, who made a Youtube video about the find, said they’re now set on finding Mrs Short’s family and returning the mirror to them.

Contact the Chronicle if you have any more information about the mirror or Mrs Short, on 734262.
Author: Luke Watson