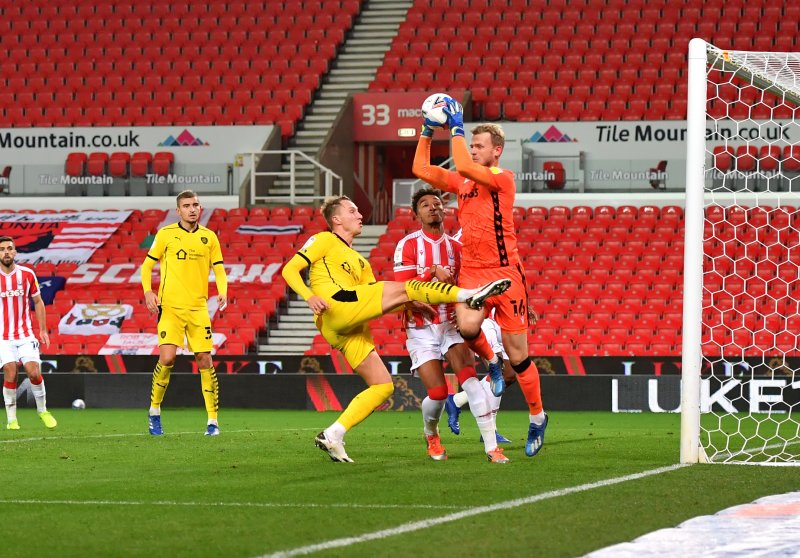 Barnsley are frustrated to only have collected a point from a Wednesday evening trip to Stoke City in which they led twice and played against ten men for the final half an hour.

It was a second 2-2 draw for caretaker Adam Murray after replacing Gerhard Struber, while the Reds are still waiting for a first league win after six attempts.

Murray told the Chronicle: "Overall the performance was very good. We were in control for a lot of the game and our gameplan worked. We scored two very good goals. It is frustrating that we haven't come away with the win. In the last 20 minutes were were just lacking that finishing touch."

Murray brought Dominik Frieser and Elliot Simoes into the side and both scored. He said: "We have a squad of players I believe can score goals. We have spoken a lot about getting the ball up in the good areas and turning chances into very good chances."

Jack Walton dropped a simple cross for the second equaliser. Murray said: "Goalkeepers make errors and, when they do, they always get punished. We won't speak about it again but Jack is obviously frustrated. If it wasn't for Jack I don't think we would still be in the Championship."

Murray didn't comment on red card for Stoke's Nathan Collins at 2-2 on 60 minutes but the Potters' manager Michael O'Neill called an 'injustice'.

Simoes, who made it 1-0, said: "I thought we did really well all game and had plenty of chances to score. We pressured them from the first minute to the last and we were unfortunate not to get the three points.

"It's always nice to score and help the team. When you score early that early it gets the team going. I was really happy to score."

Midfielder Herbie Kane, who came on after 50 minutes, said: "We controlled the game throughout but lacked the final pass and we needed to make better decisions in the final third."