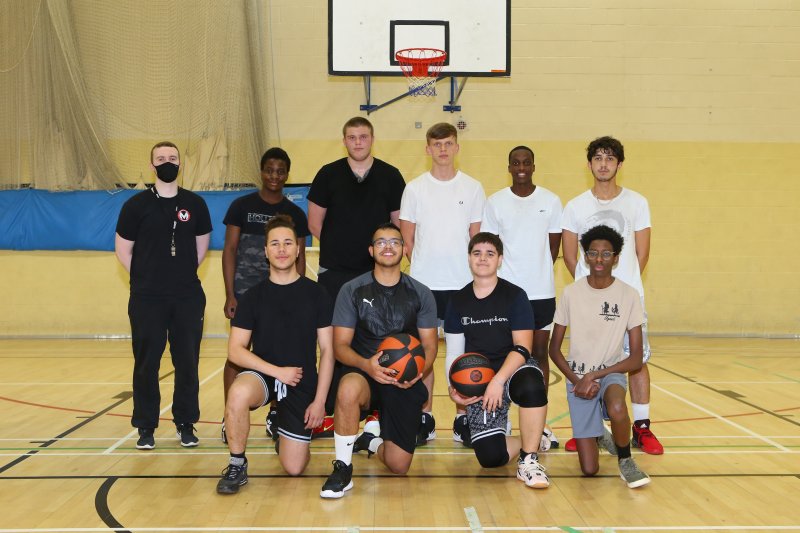 Barnsley could have another professional sports club within the next decade after a former professional basketball player launched an ambitious project to reach the top level in the country.

Barnsley Metros have been set up this year and are due to run junior teams as well as a senior side that is set to enter the Division Three of the National Basketball League, with the aim of progressing to the British Basketball League which is the top level of the sport in this country.

The club is currently based at Barnsley Sports Academy but hope in the future to build a new venue and attract crowds.

The man behind the vision is Will Hopper, a 25-year-old from Rotherham who played professionally in Malta, Denmark and Ireland before his career was ended by injury.

He was hired as head coach of the basketball academy at Barnsley College and decided to also form a club.

Will said: “We have some big plans to put Barnsley on the British basketball map. We hope to develop elite-level junior players that can potentially represent their country and pursue the sport as their profession.

“We are also planning to bring competitive men’s basketball back to the town for the first time since, I believe, the 1990s.

“Unfortunately in Barnsley, football is the only sport that is played professionally and we hope to provide an alternative to that.

“Basketball is a sport that attracts people from many diverse backgrounds.”

The Metros are due to play their first competitive game in September next year. Will , who owns the club, said: “Our starting date is 2021. We would have started this season but, because of Covid, only the top two divisions are going ahead.

“If we work our way up from the bottom, we will know what we can afford, and we can grow sustainably.

“You see some teams go into the BBL then fold after three or four years.

“I am under no illusions that it is a massive long-term project. I am not thinking that we will get there in two or three or even five years. But hopefully in a decade.

“There are a lot of things that need doing.  We will need a suitable venue and that will probably have to be built because I don’t think there is one in the town. It will require support in terms of sponsorships and grants.

“But I am more than confident that we can get there eventually.

“We want to get two promotions up to Division One then apply for a franchise license to get to the BBL.”

Barnsley Leaders, the long-running youth basketball team, will be incorporated into the Metros.

Will said: “They will still operate as a club but on a more local basis. We will be the national representative for Barnsley.”