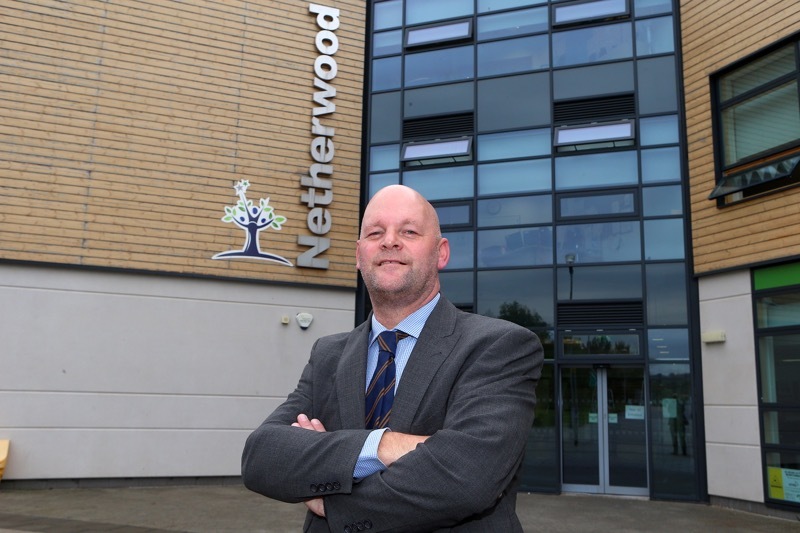 NEW Netherwood Academy principal Jonny Mitchell has settled into the role, despite having to use his ‘crystal ball’ at times to decipher the government’s guidance.

The 48-year-old, who became a household name over the course of Channel 4’s 2013 documentary Educating Yorkshire, admits his stardom is a faint memory nowadays.

Jonny, from Dewsbury, will have had even less time to reflect having had his hands full since coming to Barnsley in the midst of the pandemic.

But he’s occasionally reminded of his time on the show, which followed his headship at Thornhill Community Academy in his hometown - and saw attention on the school, once languishing near the bottom of the national league tables, grow almost overnight.

“I spent the majority of the summer in and out of the building before I officially started,” said Jonny.

“I keep myself to myself. I’ll occasionally be out and a parent or grandparent will say, ‘are you that bloke from Educating Yorkshire?’

“You’re talking seven-and-a-half years ago, so the vast majority don’t know who I am.

“I don’t mind, it’s always very nice when they say it was really good - if they said it was a complete load of whatever, that would be less flattering.”

Joined by a new leadership team, he’ll be hoping to achieve similar success at Netherwood, which - in its former guise before joining the Astrea Academy Trust - was rated as requiring improvement by Ofsted.

He said: “It’s not about coming in to make huge changes without finding out how everything works and getting to know the school first.

“I’ve started getting into the Barnsley landscape and everyone is in it for the right reasons, other schools and trusts want to help each other.

“Schools up and down the country are trying to second guess what’s going to happen, which I think is like trying to read a crystal ball.

“It’s tough to find yourself reacting to government guidance, some of which has plenty of notice and some necessarily relatively short notice.”