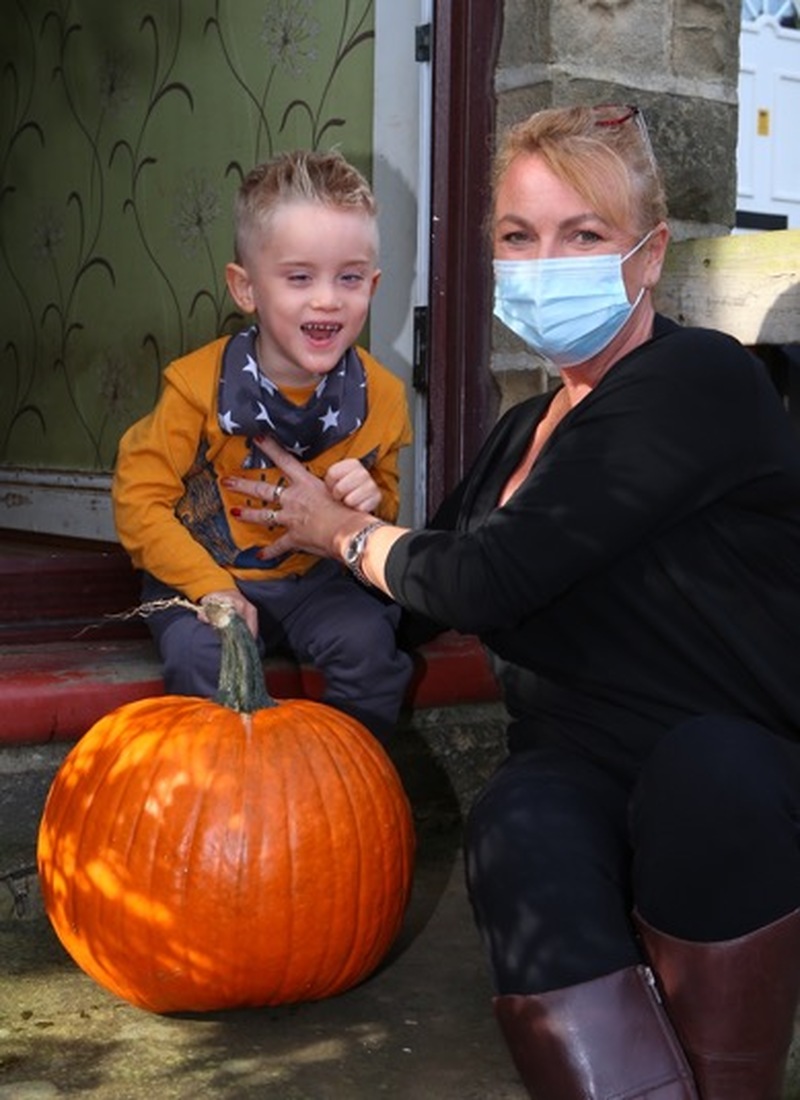 A WOMAN who is terrified of heights faced her fear by jumping 300ft for a local youngster with spastic quadriplegic cerebral palsy.

On Saturday, Tina Moule, from Hoyland, took to the skies to raise funds for young Louie George from Mapplewell.

Louie was born prematurely at 28 weeks and has quadriplegic spastic cerebral palsy, periventricular leukomalacia - a brain injury where cysts form on the brain - and global development delay.

His family are trying to raise £120,000 for life-changing surgery in America - and Tina, who is good friends with Louie’s parents Jodie and Tom, wants to help reach their target.

The 56-year-old - whose biggest fear is heights - was given the bungee jump as a joke present at Christmas, knowing that she wouldn’t want to do it.

Despite this, Tina challenged herself to do the jump in honour of Louie and his family.

She told the Chronicle: “This was totally out of my comfort zone. I’m not an adrenaline junkie whatsoever.

“I was even bought the bungee as a joke, because everybody knows I don’t like heights at all.

“After sitting on this for a while, I decided that the only thing that would motivate me to do it would be to help Louie and his family.

“I know Louie and his family quite well and I know how much they urgently need people’s support. Every penny is going to Louie and his urgent care.

“I was absolutely terrified, but knowing I was doing this for Louie made it all worthwhile.”

Tina started an online fundraiser which has already raised more than half of her £1,200 goal but hopes it will continue to rise.

“I’ve been overwhelmed with the reaction to my fundraiser so far. I intended to set my target as £120 but accidentally added another zero.

“To say we’ve reached more than £750 is unbelievable and it really spurred me on and motivated me.

“I was really nervous to do the bungee jump but also excited by people’s support and well-wishes.

“I hope I did Louie and his family proud and raise a fantastic amount of money.”