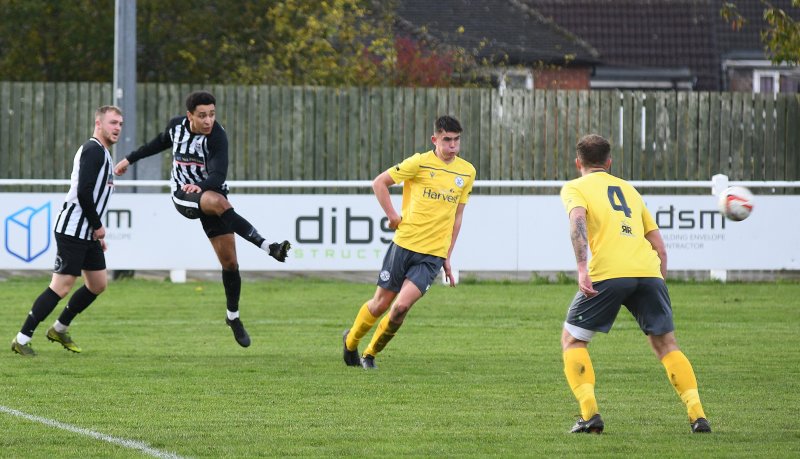 Several sports teams in Barnsley had their fixtures cancelled this week while others say South Yorkshire being placed into tier three of the government’s coronavirus measures will have a ‘massive impact’ on them.

Most clubs cannot play against sides from any other area, although games against other South Yorkshire clubs can still go ahead.

Barnsley Hockey Club’s Yorkshire League match at home to Lindum, who are based in Lincoln, was called off on Saturday. Captain James Shaw said: “Unfortunately we can now only play teams in South Yorkshire. The league has put us some games together so we will still be playing from this weekend against the likes of Sheffield Hallam, Rotherham and Chapeltown. Hopefully, after that, we will be out of tier three and able to play other teams.”

Hemsworth Town FC, based in West Yorkshire, are not allowed to play in the Barnsley Sunday League for a month.

Football clubs in the top six tiers of non-league football are still allowed to travel out of the county to games, but their away fans are not. This includes Barnsley’s Northern Counties East League sides Athersley Rec, Worsbrough Bridge and Penistone Church.

Worsbrough’s match at Hallam on Tuesday was called off after the home side had some positive tests.

Chairman Mark Booth said: “I think everyone knew at some stage these restrictions were coming, but at least we can continue to play at first team level. The main impact is financial with visiting supporters being advised not to travel and also the closure of the clubhouse.

“The health of the community comes first and hopefully we can get back to a more normal situation sooner rather than later.”

Penistone are due to host AFC Liverpool in the FA Vase tomorrow but are not allowed to open their clubhouse or serve alcohol at all. Penistone secretary Dave Hampshire said: “It will have a massive impact. We don’t pay our players very much but the running cost for each game is about £300. I think we will be alright, but then you do wonder if you will. You can never be sure, you can just hope. You can only ask your community for so much help, because all the local businesses are just picking themselves up. It is what it is, there are people dying from coronavirus. We have a fantastic community and a lot of supporters so I am sure they won’t let us go under.”

There were 178 people at Penistone’s 5-0 league win over Grimsby Borough on Saturday. Hampshire said: “We didn’t get anywhere near our usual crowd, which is near 300. That is partly because of the weather but people want to have a social drink with their friends before and after. I saw a lot of our regulars weren’t there on Saturday. Some people will be nervous about being in a crowd as well.

“The daft thing is that clubs can’t serve alcohol but fans can buy a four-pack of cans from the supermarket and drink that, if the club lets them.

“I am sure AFC Liverpool would have brought a lot of fans. The game is all ticket and we’ve been selling them all week. Everyone is spaced out and they are not enjoying it as much as they used to, but it’s better than not playing at all or playing behind-closed-doors which we couldn’t have done.”

Silkstone United’s game at Thurcroft in the County Senior League was called off. Silkstone’s Andy Horsfield said: “Thurcroft is just on the border of Nottinghamshire and South Yorkshire and lots of their players live in Notts so the game was postponed.

“It has been rearranged for March.

“Most of the rest of the teams in our division are from South Yorkshire so we should be able to keep playing.

“It’s very different, not using changing rooms and having to constantly think about not sharing equipment, but it’s better than not playing.”

Dodworth MW, also in the County Senior League, decided not to travel to their game at Jubilee Sports. Vice chairman Darren Millington said: “There were quite a few cases in the Dodworth area and a couple of our players told us they had symptoms, so we did the responsible thing and called the game off.

“We’re expecting to play our next game on Saturday and hopefully we don’t have many more called off.

“I think it’s going to happen, through genuine cases like ours and also through teams who are a bit short of players so don’t want to play.”