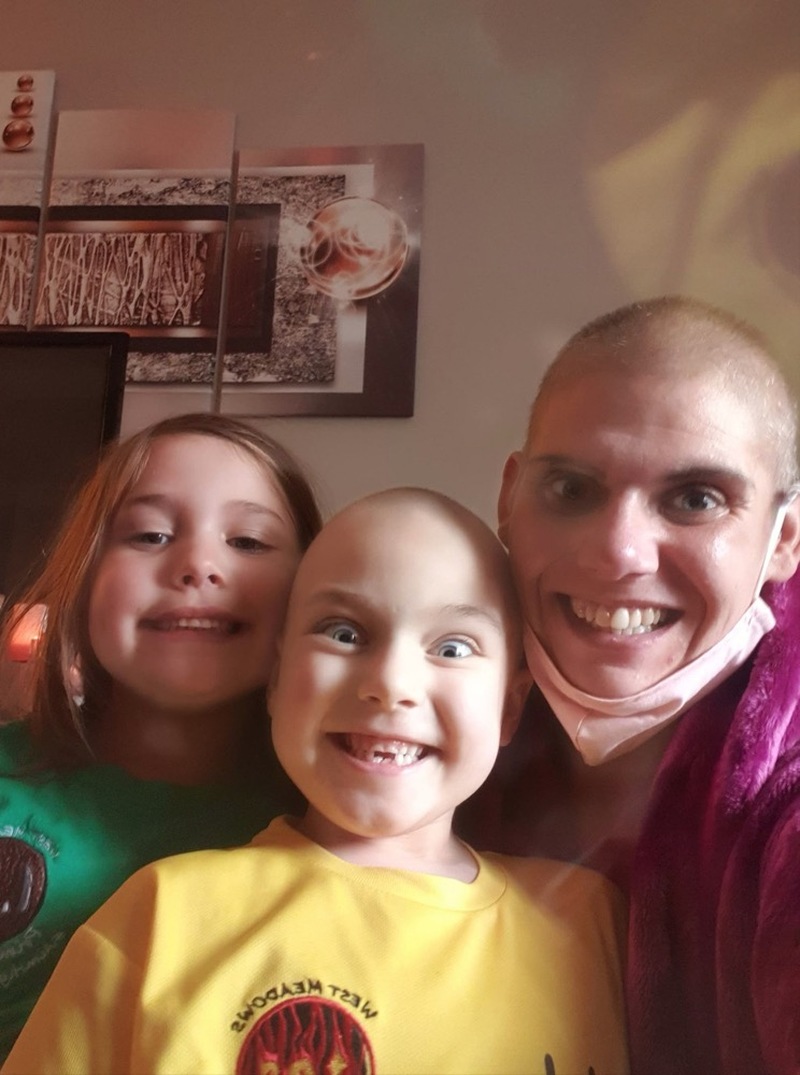 HAYLEY Haugen was in hospital recovering from life-saving surgery when she received the devastating news that her daughter had been diagnosed with leukaemia.

The 33-year-old mum from Hoyland recalls the day her mum and brother came to her hospital bed, in the middle of lockdown, to tell her that six-year-old Enya had acute lymphoblastic leukaemia.

“I woke up from my operation on July 2 and a few days later my mum and brother came to see me - it was still during lockdown so you weren’t allowed visitors but I thought I was dying. They told me the news and it was absolutely heartbreaking I was constantly crying and it was really hard to come to terms with.”

This was made all the harder as Hayley was unable to see her daughter for two-and-a-half months due to Covid restrictions though they did FaceTime regularly.

“It was really hard to not see her, obviously we were FaceTiming but it’s not the same because there’s no physical touch there,” she added.

“When I first saw her in person I was completely shocked, she had ballooned up but I had to hold in the tears because I didn’t want to cry in front of my daughters.

“It’s been extremely hard for my five-year-old daughter Sylvie too, she seems to be really withdrawn from everything and she’s had to grow up so fast not having her mum there and her sister being ill has had a clear effect on her.”

Four months later, Hayley, who has had serious health problems since gastric bypass surgery six years ago, is still in hospital in Sheffield and is vowing to fight to get home for Christmas to be with daughters although with another operation scheduled for November 19 this may not be possible.

“I’ve been able to come home for a few hours each weekend now but it does take so much out of me one trip back home would leave me needing to recover for three or four days,” she added.

“I’ve been told by the doctors that only around 20 per cent of people survive what I’ve already gone through and this surgery is extremely complicated.

“They’ve told me there’s a chance that I’ll be home for Christmas but I think that may be just them giving me a glimmer of hope.”

There has, however, been some good news for the family as Enya’s blood levels are rising although she will need chemotherapy for several more years.

Hayley has thanked the community which has come together to raise funds for Enya with more than £3,400 pledged so far: “All the staff and pupils at West Meadows Primary School have been amazing with all the support and fundraising so I want to say a massive thank you to them.

“Staff at the hospital have been absolutely amazing too, they always ask about Enya which is amazing because they’ve never met her. When we got the good news about Enya’s blood levels rising, the nurses were so happy.”

Hayley added: “My aim is to fight, as it always has been, and hopefully I’m able to be home with my kids soon. I’m so grateful of all the support everyone has given me, this puts everything into perspective.”

To donate to the youngster’s fundraiser, search Enya’s name on gofundme.com.