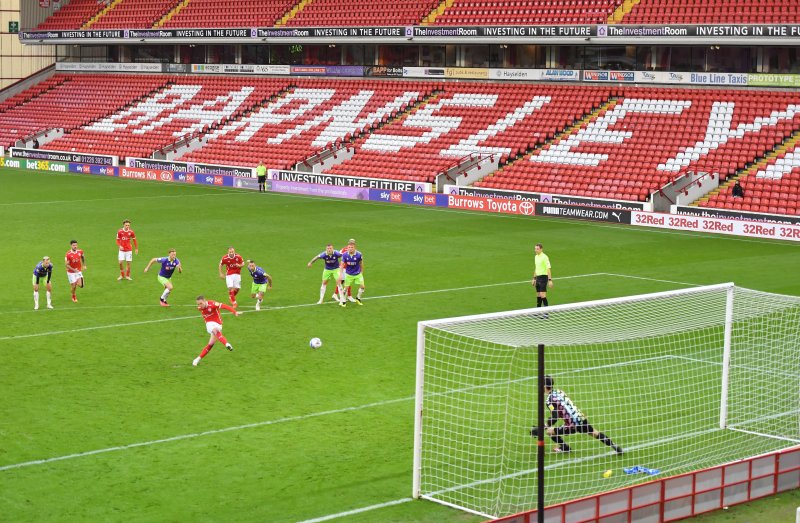 The 25-year-old has netted four goals this season, having scoring 15 in the last campaign, but has suffered a reoccurrence of the hamstring problem which saw him pull out of the warm-up against Millwall last Saturday.

He then played and scored in the 3-0 win over Queens Park Rangers on Tuesday but will not face Watford or Tuesday hosts Cardiff City.

Romal Palmer and Jordan Williams are also out injured but Luke Thomas is back in contention.

Head coach Valerien Ismael said: "Woodrow is definitely out for this game. We have to find a new solution for this position.

"He has high quality, he is very strong. He is fast and physicality very good, he has quality with the left foot and right foot and he works for the team. He is the complete striker. But we have other players and maybe it is a chance for someone to take his position."

Ismael played a front three in his first game on Tuesday, with Conor Chaplin and Dominik Frieser flanking Woodrow. He could move Chaplin or Frieser into the centre of his front three, change formation, or bring in a striker such as Patrick Schmidt who has started just two matches since signing last summer after playing against Ismael's LASK in the Austrian top flight.

"We have one option with Patrick. He did well on Tuesday (as a substitute) but unfortunately he missed three big chances. He didn't score the goal for his confidence but I have a good feeling for him. All the players are hungry, they have a new manager and they want a chance."

The other strikers at the club are George Miller, who was on the bench on Tuesday but has not played since August last year, and Victor Adeboyejo who was not in the squad against QPR.

The Reds are hoping to bring in a new striker in the free agent market. Ismael said: "We are looking for a striker. I saw a lot of games and you have to adapt to the Championship. I spoke with Dane Murphy (chief executive), we had a good meeting and we spoke about what we need for the team. We agree but it is not easy because you need players to be fit. If we take a player who has not played for months, it will be difficult. It is more important to wait to have a good feeling about a player than to be too quick. We will be patient. I trust the roster."

Meanwhile, Ismael is expecting a difficult test against Watford – who were relegated from the top flight last season – but sees the match as a chance to judge where his team are against one the best in the division.

"It is a big challenge. Watford is one of the best teams in the Championship. They have Premier League players in the squad. We need a good mentality with high intensity, to work for each other as a team. We are realists about our ability but, if we work together, we can beat anyone in this league. Whoever the opponent, we have to play our style of football. We are four games without a defeat which is good for confidence and gives us belief. We know we can give Watford a lot of problems and it is a big chance for the young guys."

Watford are likely to start Senegal international Ismaila Sarr who they signed for £35million last year. Ismael said: "We have to work hard to stop him, but not only him. He is high quality and I know him from France and also (Etienne) Capoue in midfield who is very good. I am looking forward to this game because we need it to see where we are. We will give everything."

Overall, Ismael has been happy with the players' response during his first week at Oakwell. He said: "They are really open to new things and new ways. We try with my staff to bring more structure in the team.

"It is a short time between the games and you don't have time to breathe. But it is also a good thing. You don't think a lot, you only concentrate on your principles."