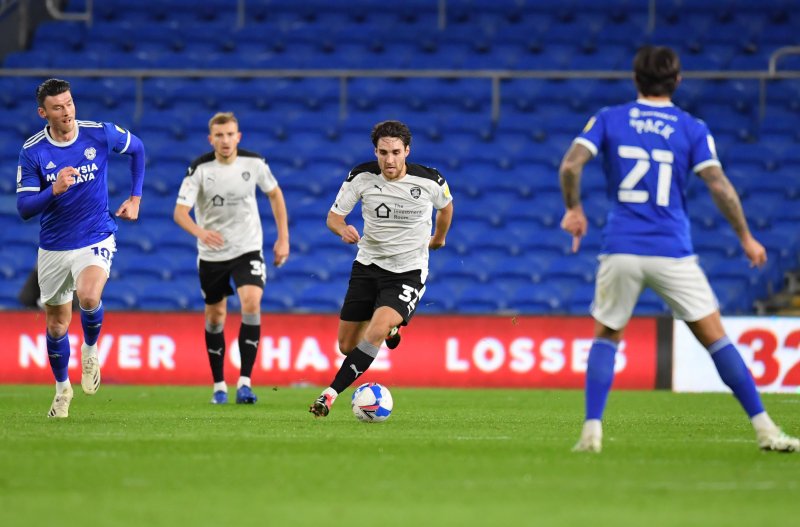 Valerien Ismael admitted Barnsley's first half in their 3-0 loss at Cardiff City was 'not good enough'.

The Reds had won their first two games under the new head coach but were comfortably beaten in Wales on Tuesday evening.

Ismael told the Chronicle: "It was disappointing. The first half, especially the first 30 minutes, was not good enough. We have to be ready for a team like Cardiff and we didn't play like we wanted. The second half was better but at 2-0 down you have to score quickly and we didn't have a real chance.

"There were a lot of small reasons – tiredness, injuries, switching players out of position. It was very very difficult because we were not dangerous enough in the opponent's box. We didn't create situations to score a goal. We will have to analyse why it was like this today."

Barnsley struggled to create much up front or keep the ball in Cardiff's half. Ismael said: "We saw today it was very difficult for us up front. When Victor (Adeboyejo) came in it was much better. But now we have Cauley Woodrow for the next game and it will be a different game on Saturday."

Patrick Schmidt appeared to be tripped on the edge of the box by Sean Morrison but the referee did not give a penalty, instead awarding one to the hosts seconds later when Michal Helik slid in on Harry Wilson and Cardiff made it 2-0 from the spot.

"I thought we should have a penalty for a foul on Patrick. Then we conceded a penalty which I thought was a penalty also. This shaped the game."

Ismael took Elliot Simoes off at 1-0 before half-time. He said: "It was tactical because it was not a good day for him. We needed players who could keep the ball up front. We hit our limit today and we have a lot of injuries in the squad."

Midfielder Matty James added: "It was a frustrating evening. We came into the game with a lot of confidence after two wins but they caught us off guard. The first goal was a quick throw-in then the cross came through bodies and he finished it. It was frustrating and a learning process for us. We can take a few positives from the game and learn lessons.

"We have a young squad and Cardiff were very experienced. Teams will be aware of our press so credit where credit is due to Cardiff for the way they played. The gaffer made the point that it is very early on and we will move on."