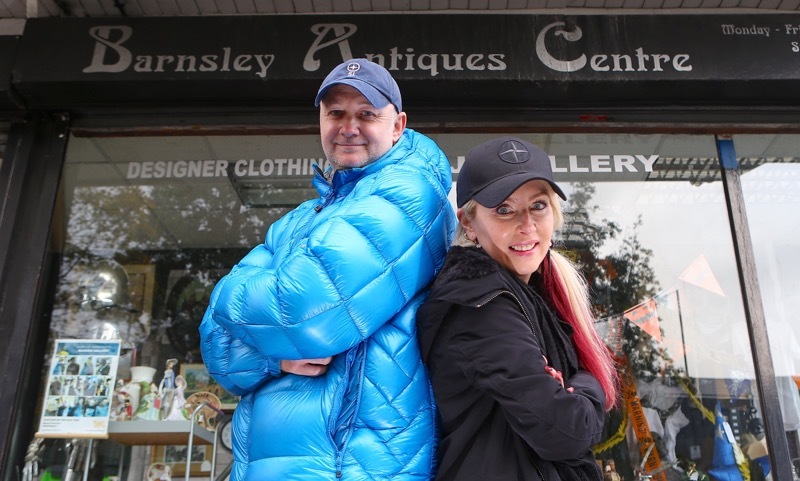 AN antiques shop widely believed to be haunted has hit the small screen after appearing in a new TV show.

Barnsley Antiques Centre was featured on The Osbournes Want To Believe, which sees Jack Osbourne attempt to convince his non-believer parents, Sharon and Ozzy, of the existence of paranormal and supernatural beings.

Together the family watched CCTV footage taken at the shop on Doncaster Road in an attempt to find out whether the shop was haunted.

“I had no idea the shop was going to be featured on the show,” said former co-owner of the shop Daniel Parker, 48. “When it aired I had people ringing me up asking me if I had seen it.

“I had no idea what they were talking about and I had to stay up until 1am to watch the episode on repeat.

“When I did get to watch it it felt a bit strange because Ozzy Osbourne was sat watching CCTV clips of what’s gone on inside the shop which is not something I would have believed if anyone told me.”

However, despite his appearance on the show, much like Sharon and Ozzy, Daniel too is a paranormal sceptic.

“I just think that if ghosts were real then there would be more evidence of them on social media,” he added.

“Yes, things have happened in the shop that I can’t immediately explain but I always try to put a meaning to them because I think there’s more than meets the eye.

“We’ve had a lot of incidents over the years with cabinets breaking and things falling off the walls but I never felt scared at the shop and just tried to carry on as usual.”

It seems that Sharon wasn’t convinced with the paranormal activity at the shop as she scored the footage a four out of ten while Ozzy who seemed to believe the clips gave the footage eight out of ten.

To see the shop on The Osbournes Want To Believe, search for the series on Sky TV.