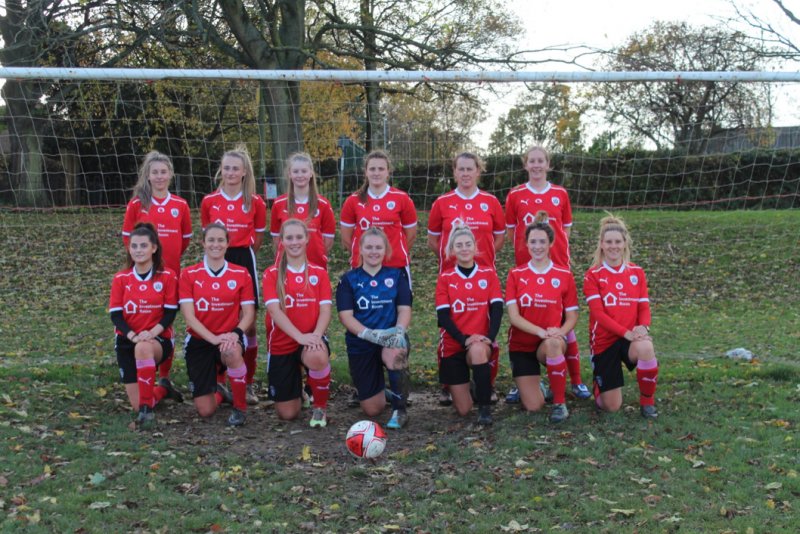 Barnsley FC  Ladies chairman Brett Hawke admits the new lockdown has put his club’s chances of a promotion in their first season in danger, but says it is not the major issue.

The Reds’ first team was set up earlier this year to replace Barnsley Women’s FC who broke away from the men’s club last year.

They won their first three matches and are top of Sheffield and Hallamshire Division One.

They were hoping to gain promotion this season but, with games suspended until December and the possibility of a longer lockdown, many local leagues could be cancelled for a second successive season.

Hawke said: “It’s really frustrating. We did a lot of work to get the club up and running then we have been cut back again.

“It’s just a matter of hanging fire and seeing what happens.

“I would love to say we will be back in December but I can’t see us starting until after Christmas.

“We wanted to get promoted this season. We were off to a flyer so it is a sickener to be delayed again.

“The worst case scenario is it is voided and we go again next year.

“It will put us back a year but I am not really bothered as long as everyone is safe which is all that really matters.”

The club also has a thriving junior section as well as the new senior side.

“Most of our junior teams have only played a few games and have about 20 to play.

“There are two options, to play twice a week and into the summer or the season will be declared void again.

“The most important thing for the club is that we get some games in, and so be it if the season has to be voided.”

Hawke is pleased with the progress the senior side has made after being set up for this season.

He said: “We have got quite a few sponsors in.

“The community has helped us out.

“The results on the pitch have been excellent.

“It’s starting to build, and it’s going quicker than we expected.

The club’s under 18s had also won their first three games, scoring 25 goals.