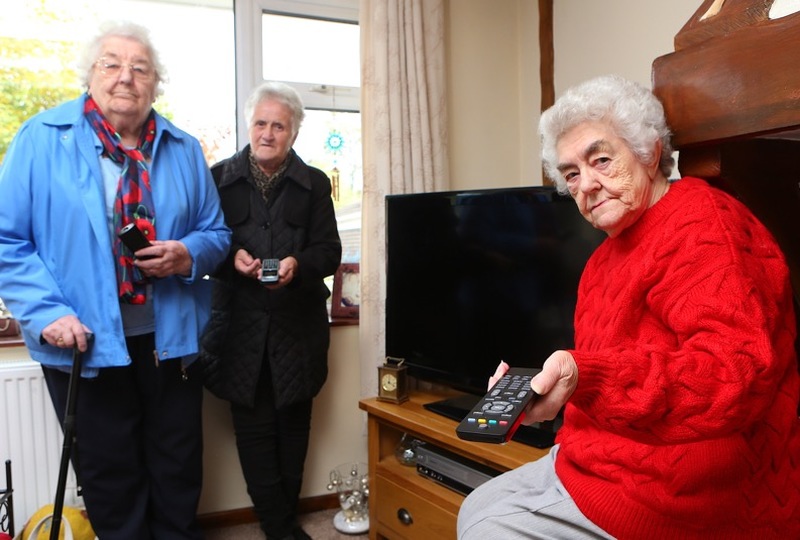 ANGRY pensioners in Barnsley are in agreement that they won’t pay their TV licence after the BBC ‘reneged’ on a deal to cover costs for over-75s.

Ex-serviceman Peter Ashman, from Worsbrough, led the charge in September - when he said he’d go to prison before paying the fee - and has seemingly started a movement among likeminded people.

Over-75s are now being supported by Barnsley Trades Union Council (BTUC) after the change, announced in July by the BBC after the government handed over responsibility for the concession.

Scrapping the free TV licence - a lifeline especially this year as many elderly people are isolated at home - has been called a U-turn after initial indications it would remain in place after the deal.

The government’s support of the scheme was phased out this year - leaving the BBC to choose between footing a projected £745m bill or cutting it, which it did from August.

More than 14,000 pensioners in Barnsley have been affected by the decision, but those who are receiving Pension Credit are still able to claim their free licence.

Cudworth woman Enid McGrath, 80, and her sister Margaret Barlow have written letters to the BBC saying they won’t be paying the fee ‘on principle’.

“You work all your life with no benefits whatsoever, and then people on pension credit get extra,” said Enid, of Low Cudworth Green.

“I got a reminder in August and I sent it back to them with a letter.

“They’ll have to come visit us and whatever happens I will face the consequences.

Margaret, 86, of Coronation Street, Darfield, added: “It’s not that I can’t afford it, I’m not paying it on principle.

“I’ve paid for everything and never had a freebie.

“If everybody paid it, I would willingly do the same.”

“You work all your life, you get a bit of a perk, and it’s taken off of you.

“There are too many fat cats - it’s absolutely ridiculous when you look at the wages 75 per cent of people in the BBC are getting.

“A report by the Organisation for Economic Co-operation and Development in 2018 found the UK average pension was only worth 29 per cent of average income,” he said.

“That’s why pensioner benefits like free travel pass, free TV licences for over-75s, and winter fuel benefits were brought in.

“Is the government seriously considering taking the elderly to court, threatening to send in bailiffs, and attaching earnings?

“BTUC will not stand by if the Barnsley elderly are threatened in this way.”

Peter, 85, of Appleton Way, said he was happy to see others taking up the same position.

“The BBC reneged on a deal as far as I’m concerned,” he said.

“I will never forgive them.”
Author: Luke Watson