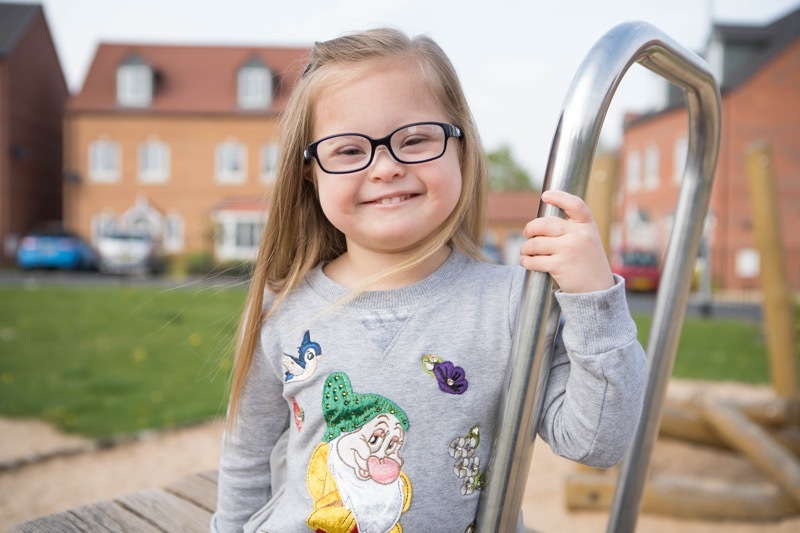 THE mother of a disabled youngster has sent out an impassioned plea to Emmerdale’s writers to change a storyline that could add to the already ‘negative view’ on Down’s syndrome.

Melissa Lockwood, 42, of Goldfinch Court in Wath, is the mum of six-year-old Francesca - last year’s Young Champions winner - who has Down’s syndrome.

Following a leak of an upcoming storyline on the ITV soap in which characters Laurel Thomas and Jai Sharma choose to terminate their baby following a positive antenatal result for the disability, Melissa wrote an open letter to the soap’s writers expressing her disdain for the potentially damaging story.

She said: “I understand that soaps aim to address real-life issues and tackle difficult situations, however I feel this storyline will only negatively impact the lives of those with Down’s syndrome rather than highlight any positives.

“Imagine the impact on viewers, those who are parents or family members of children with Down’s, seeing a much-loved character happy and excited at the prospect of a new baby, only then to see them devastated.

“The emotional impact on those views couldn’t be anything other than heartbreaking.”

It’s thought around 90 per cent of people in the UK who know their child will be born with the disability will have an abortion.

Melissa says it is becoming the norm following an antenatal test showing the baby will have Down’s syndrome that they will then have a termination - something that this storyline only adds to.

However, during Melissa’s pregnancy with Francesca she decided not to have the test and only found out she had the disability after giving birth.

“When we had Francesca we had no antenatal testing as we decided that it wouldn’t affect our decision,” she added.

“I didn’t know anything about Down’s syndrome but everything I had seen in the media was negative but it’s nowhere near as bleak as we imagined - Francesca has enhanced our lives.

“The storyline describes it as an ‘agonising decision’ but this is exactly the type of narrative that we want to get away from.

“Down’s syndrome is portrayed as being awful and life-limiting when that isn’t the reality - this is just perpetuating the negative view and seeding into the norm.”

Francesca, who attends a mainstream school, is a signed model and has represented companies such as Mothercare, Tomato Glasses, Primark and web giants Google.

“We’ve had lots of opportunities that we wouldn’t have had without her in our lives - life with her is absolutely fantastic,” Melissa said.

“Her life has value and as a person she brings such joy wherever she goes.”

Laura Shaw, the series producer for Emmerdale, added: “We’re confident that what we’ve produced has been done in a really balanced and sensitive way.

“We haven’t gone into this blindly, we’ve spoken to as many people as we possibly can.

“We’ve got the research, this is based on real life, and I think people will see that.

“You’re going to feel uncomfortable at times watching it, but I hope that people will then, as they watch it, understand why we’ve done it.”
Author: Jack Tolson