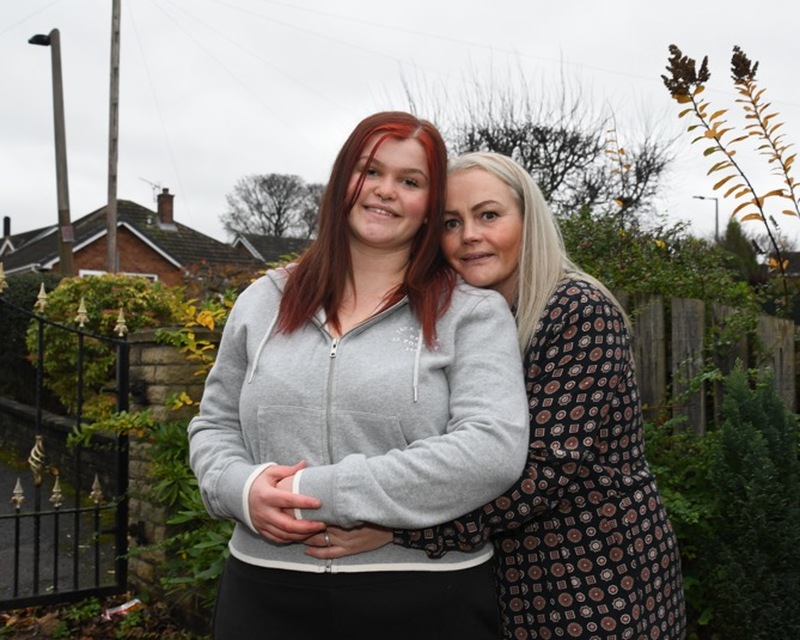 A COLLEGE student from Gawber who restarted her mum’s heart and subsequently saved her life earlier this year has been nominated for a Proud of Barnsley award.

Mia Firth, 18, of Rowan Drive, was just 17 when she woke up to find that her mum, 44-year-old Sarah, had slit her throat in an attempt to take her own life on February 6.

She told the Chronicle: “I’d come home from college because I wasn’t feeling very well so my mum picked me up as she was on a half day and when we got home we both just went to sleep.

“My nan woke me up at around 5pm and then I went to wake my mum up but it was dark so I turned the light on - that’s when I noticed that the bedding was covered up to her nose which I thought was quite weird.

“When I pulled back the bedding there was blood everywhere and I didn’t know what had happened.

“I looked to find the bleeding and it turned out that she had cut her neck open and tried to take her own life - I screamed so my nan would come but I think she thought I was joking, but when she realised I wasn’t she rang the ambulance.”

Doctors have praised Mia’s quick-thinking as what she did next - until the ambulance arrived - saved her mum’s life.

“I don’t know how I did it because I had to stop the bleeding and start her heart beating again,” she added.

“I went into survival mode and I had to resuscitate my mum’s heart twice before the ambulance arrived.

“When they did arrive I had to write what medication and things like that my mum was taking and then we went to the hospital.

“When my mum came round they told her that I saved her life and I think she realised then what she’d done - she’s getting a lot better now.”

Sarah added: “If it wasn’t for Mia I wouldn’t be here today - she restarted my heart until the ambulance arrived.

“She is my hero and I will forever be grateful.”

Upon hearing of her nomination in the Exceptional Achievement category, Mia said: “I don’t have a lot of words to say because I don’t think that I did anything, I just did what I had to do. “

“I’m glad that I managed to keep my family together.”