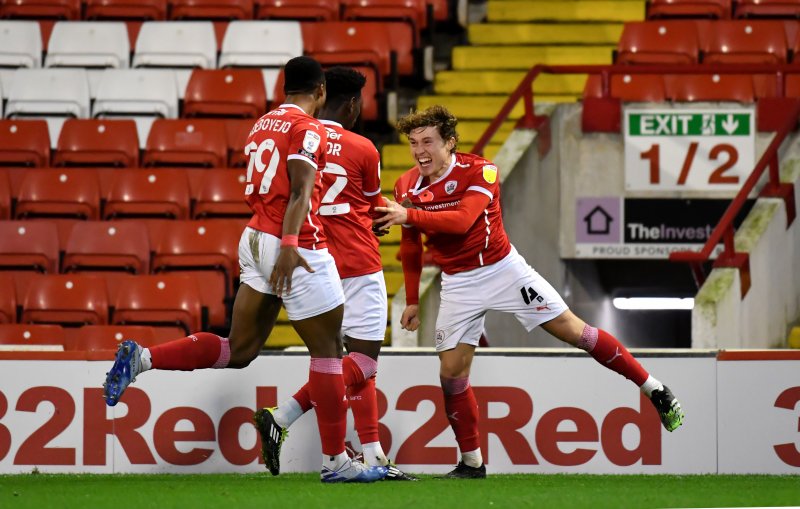 The Reds created the better chances overall before striking with their only shots on target in the 86th and 88th minutes.

Ismael told the Chronicle: "I am pleased not only with the win but the way we played. It was a very very good game from both teams, with high intensity and quality.

"The Championship is a very very big league and Forest were very strong today. We started well and hit the bar twice but then we were lucky in some situations and Jack Walton earned his pay.

"I was very pleased to see the power and will to win in the last ten minutes from my team. It is very important to win a 50/50 game like that. It was a very very good day for us."

Callum Styles opened the scoring with a superb strike on 86 minutes. Ismael said: "I am very happy with him. He scores such a goal in training and all the time I said: 'I want to see this one time in the game'. He did it so I am very happy. It was very very important because it was a knockout for the opponent."

Styles added: "I saw Cauley (Woodrow) get the ball and got him to pull it back. I put my head down and hit it then it's gone top bins. There's not much more to say about it.

"Three points is the main thing and, after hitting the crossbar three times, to break the deadlock and get two goals is very good. You get days that don't quite go for you but we kept motivated and kept pushing."

Woodrow made it 2-0 with his first goal in open play in the league since February. Ismael said: "It was a big step forward for Cauley. It was great to see him at this level and the other players also rose to the next level."

Ismael is thrilled to have won four of his first five matches at head coach.

"When you win it is always good but we want this team to improve and to find the best solution to be different for every opponent.

"We have more belief and confidence but it is very important to stay confident, professional and rest for the next game which is another tough game. We don't have time to make a party, tonight it is OK But from tomorrow we will have another focus."