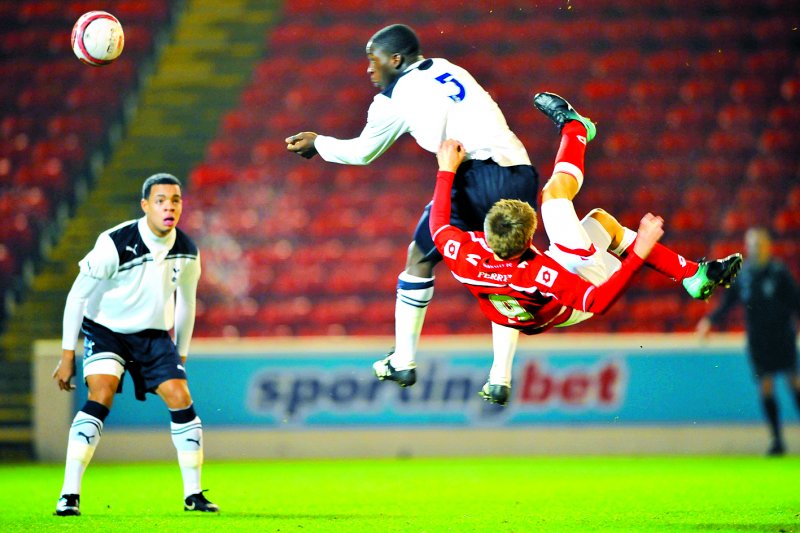 Harry Kane is one of the best footballers in the world currently but, a decade ago this week, he was on the losing side at Oakwell in an FA Youth Cup match after being outshone by a spectacular goal by an opposition striker.

Danny Rose, who had turned 17 four days earlier, sent a stunning overhead kick into the top right corner of the Tottenham Hotspur under 18s’ net in the third minute of a 3-1 win for his hometown club Barnsley on December 14, 2010. Kane, then 17 himself and a highly-rated England youth international, scored a consolation penalty after a Reds side – containing his future England World Cup team-mate John Stones – raced into a 3-0 lead with the other goals by Jordan Clark and Brad Riley.

While Stones and Kane have reached the highest level, Rose has also forged a professional career. The Northampton Town striker has 69 senior goals but looks back at that strike in the FA Youth Cup as one of his career highlights.

Rose, now 27, told the Chronicle: “When we were told we were playing Tottenham we were thinking ‘Jesus, what are the chances of us playing a Premier League side?’ But all the pressure was on them and we surprised them. I remember the goal clearly.

“It always pops up on my Facebook memories and people comment on it. It’s right up there in terms of goals I’ve scored, even though it wasn’t a senior goal. At the time, it was a big thing.

“I scored a similar one back in Barnsley against Shaw Lane for Mansfield in the FA Cup (in 2017).

“That probably wasn’t as good as the Tottenham one.

“I remember going out after the Spurs game in Barnsley to celebrate afterwards and it was mental. It was back down to Earth the next morning because I came into the club and I had to clean the first team’s boots. That was my job as a youth player. It was good, really, because it meant I didn’t get too cocky or think I’d made it.”

Kane has scored 32 goals in 51 games for England, and was top-scorer at the last World Cup, while he has more than 150 Premier League goals for Spurs.

Rose said: “We didn’t know much about him at the time but you could tell he was a good player. He hit the post early on then he scored a penalty.

“I wouldn’t have tipped him to have the career he has had but it’s good to see. I probably won’t play against players like that again in my career so it’s nice to look back and think that I shared the pitch with Harry Kane and John Stones.”

Stones, from Thurlstone, was one of Kane’s team-mates in the 2018 World Cup run to the semi-final. He played in the Manchester Derby this weekend for Manchester City who signed him for £47million from Everton, having joined the Toffees from the Reds in 2013.

Rose said: “I have been asked about Stonesy quite a lot by my team-mates. He was always a good player in the youth team but one pre-season he came back and he had shot up in size, he’d obviously been doing weights because he was really strong and he was an absolute machine who started dominating games. He scored for the first team at Rochdale then it just went from there.

“What he’s achieved in the game is amazing and it’s good to see him back playing for Man City.

“I still keep in touch with him. I saw him when lockdown got lifted a little bit, which was good.

“The lads who were in that youth team set up a group chat on WhatsApp and we still use it to check on each other.

“It’s nice because we have great memories. We enjoyed it so much back then when we were 17 and 18, being ball boys for the first team and playing for the youth teams.

“I have been lucky to have an extended career in the game along with Jordan Clark (now at Luton Town) and John, but we keep in touch with all the other lads too.”

After defeating Tottenham, Barnsley beat Rushden and Diamonds 4-0 in the fourth round then visited Chelsea at Stamford Bridge in the last 16, where Rose opened the scoring after less than 15 seconds but the hosts came back to win 2-1.

Rose said: “We were lucky that we got to play at Stamford Bridge.

“We stayed in a hotel in the stadium the night before so we felt we were living the life. I scored after about ten seconds and we couldn’t believe it. I just remember Reuben Noble-Lazarus pulling the ball back and I put it away.

“We were really disappointed to lose, even against such a big team which shows how confident we were.”

Former Holgate School pupil Rose made his first team debut later in that 2010/11 season as a substitute against Doncaster Rovers at Oakwell then made 18 appearances in total, scoring twice, before leaving the club in 2014.

“To play for Barnsley was a dream come true for me, growing up five minutes away from the ground then coming through with the likes of Jordan Clark and John Stones.

“I grew up as a Barnsley fan and all my mates support them.

“When I put the shirt on for the first time when I was 17, it was nothing but pride. I came on against Doncaster and I was a nervous wreck. Kieran Trippier scored a great free-kick to win it.

“My other main memories are scoring the winner in the FA Cup against Burnley then at Ipswich in a draw in the league a few weeks later.

“That seemed to start the great escape under David Flitcroft which was an amazing experience.

“There were really experienced players like Marlon Harewood, Jason Scotland, Stephen Foster and Bobby Hassell who all helped me through my time at the club. They all looked after the young lads.

“I had to clean the boots of players like Jay McEveley and then Frank Nouble who I have since played against so many times. I look at youth players now and think ‘they have it easy’ and I think that’s bad for them.

“We had to clean snow off the pitch and clean all the balls, cones and bibs. It builds you as a character, even if you don’t make it as a footballer.

“You know that things aren’t just given to you on a plate.

“It was disappointing to leave Barnsley in the end but I am just glad I managed to play for my hometown club.”

Rose spent two years at Bury then four at Mansfield Town before moving to League One Northampton for this season to work under ex-Red Keith Curle.

“I had four years at Mansfield which I really enjoyed but it was time for a change and to test myself in League One. It is going well so far.

“I commuted to Mansfield but I stay in Northampton four days a week in a house with four other players. I still live in Barnsley, near the town centre, and I don’t think I’ll ever leave.” 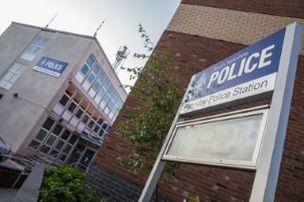 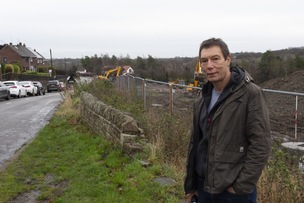