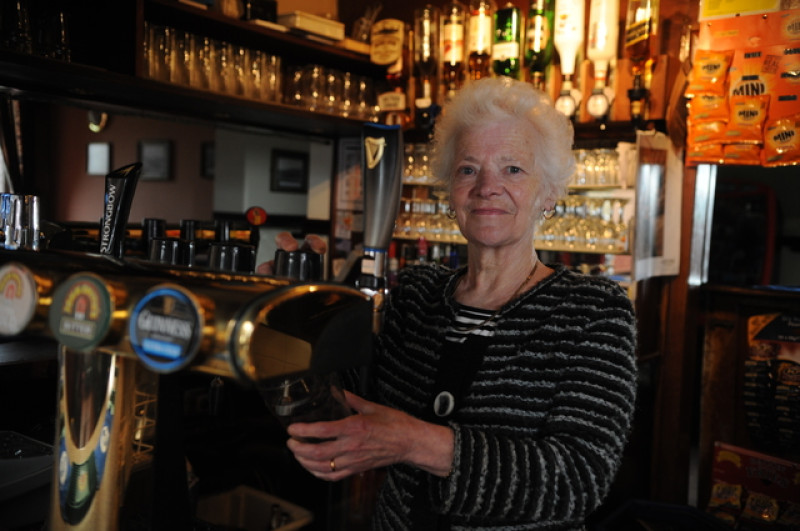 Could Beryl Hodgson be the longest serving landlady in South Yorkshire?

She has been pulling pints at The Keel Inn at Stairfoot since June 1968 when she took over with her husband Harold after an injury meant he could no longer work at Houghton Main.

Back then it cost about 16p for a pint of bitter and most of the customers were miners, who would play dominoes and cards at the bar and listen to music on the jukebox.

Beryl remembers the pub being packed and she and Harold were rushed off her feet.

"It was a lot busier then and there was a good atmosphere," she said.

"All the miners and their families would come in and we knew all their names - they would walk past the window and we knew exactly what they would be drinking. We've had some characters over the years."

At that time, the pub was surrounded by rows of houses, glassworks, and Barnsley Main Colliery was thriving.

Harold died in 1982 and Beryl bought the pub about 25 years ago with her partner Derek Hogden who died about six years ago.

Beryl added: "I'm well known and I know a lot of people. We still get a lot of the same faces and some of my customers now are the children and grandchildren of the people who I served when I first started. Some of them even call me Auntie Beryl."

Even with difficult times ahead, Beryl has no intention of calling time just yet.

"It's been a big part of my life, it is my life. I've never thought about giving it up," she said.