Over a period of more than 150 years between the late eighteenth century and the 1930s the South Yorkshire rural landscape was transformed by coal mining and the movement of coal. But it was not just the development of collieries, canals and railways that caused this transformation. The population of the coalfield grew at a phenomenal rate and the new mining population, many of them migrants from other parts of the country, had to be housed near to the collieries where they worked. Small residential colonies were built near the new collieries, existing rural villages expanded, new satellite villages were established and completely new mining communities were created, the later ones carefully planned and laid out in the form of geometrically designed estates. This copiously illustrated book explores the history of the physical and social development of these very varied mining communities, drawing on a wide variety of sources. It is the first book to cover this subject and includes topics such as the settlement that was specifically built for 'blackleg' miners, the development in one village of a large Welsh-speaking colony, how Earl Fitzwilliam housed his colliers and their families and the views of well-known writers like Fred Kitchen, Roger Dataller and George Orwell on the colliery villages. The book will be of great interest not only to readers living in South Yorkshire but also to the descendants of South Yorkshire miners now living in other parts of the country and elsewhere. 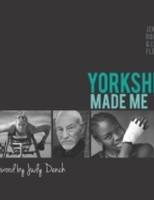 Foul Deeds and Suspicious Deaths In & Around Barnsley
£12.99