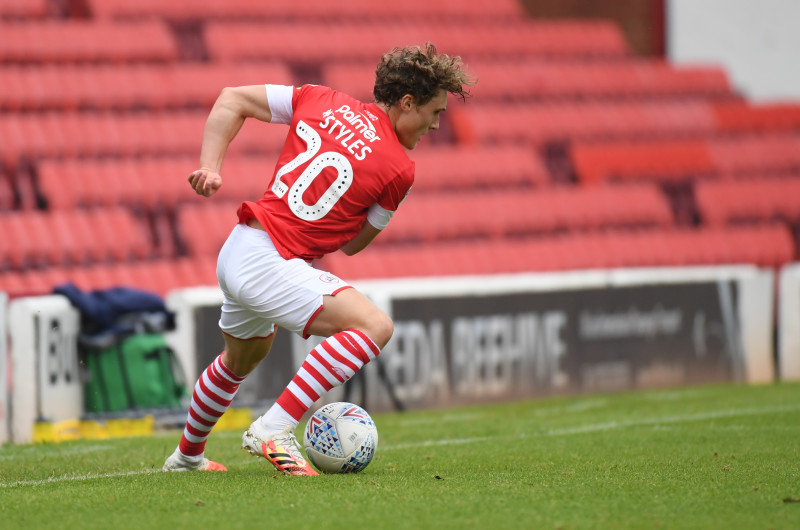 Verstaile Callum Styles is hoping to break back into Barnsley’s starting line-up after impressive performances off the bench contributed to their excellent re-start.

The 20-year-old midfielder has been used in various positions and drawn praise from head coach Gerhard Struber.  Since joining the Reds from Bury last season, he has made 17 substitute appearances with his only league start being in the home loss to Birmingham City in February.

Styles told the Chronicle: “I have played left wing-back, right wing-back, centre midfield, number ten. I will play anywhere to get on the pitch. I have been tried out in all those positions in training and I have come on in games in different positions. I am comfortable wherever. I am there to create and link play. “I was working really hard during the lockdown for myself and to try to help the club out of the situation they are in.  Now I will carry on working to try to get into the team and show the gaffer what I can do.”

Styles came on in the first half of Tuesday’s win over Blackburn Rovers for another young midfielder Romal Palmer who suffered an injury. Styles said: “It’s not nice for any player. I had the same thing in February. It’s not good for him but it’s allowed me to get more gametime which I am grateful for.

“I am hoping to push for a start. I am here to play football and I want more and more minutes. Hopefully I have shown what I can do and, maybe come Saturday, I can get in the starting 11 and push on from there.”

The Reds have reduced a seven-point gap to safety in the three games since the re-start. Styles said: “We 100 per cent believe we can stay up. We have momentum, we are really confident after two wins and a draw. We will take that into the next game and hopefully keep pushing and putting pressure on other teams.”