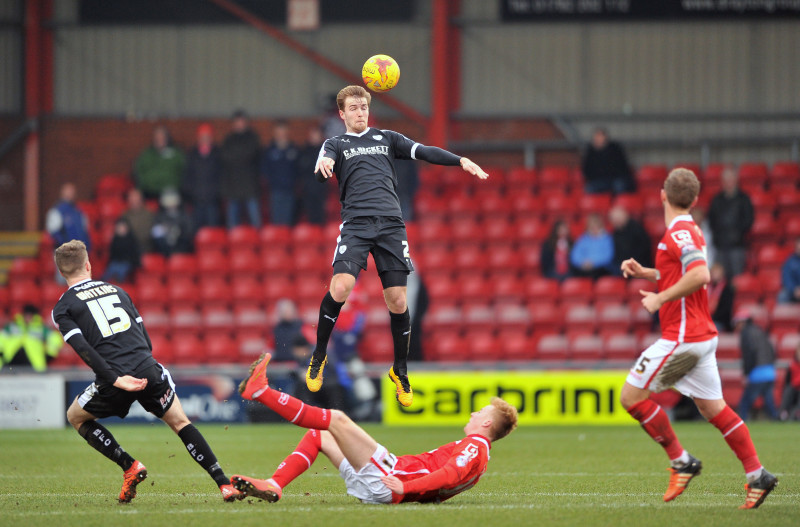 James Bree is set to be in the away dressing at Oakwell tomorrow but admits his love for the club where he spent almost a decade has not faded.

The 22-year-old from Wakefield joined the Reds when he was ten and made his first team debut aged 16 then played 61 games before moving to Aston Villa in January 2017 aged 19.  He has now moved to tomorrow’s visitors Luton Town permanently, following a loan last season in which both Barnsley and the Hatters stayed up on the final day having been nine and ten points adrift with 14 games left.

Bree told the Chronicle: “I love Barnsley FC and I still follow them to this day. The first text I get after every game is from my dad and he will talk about my performance but also tell me the Barnsley result.

"The end of last season was unbelievable. I watched the Barnsley game against Nottingham Forest and, when they scored in the last minute, I was half-celebrating then I thought: ‘Oh God, what if they finish above us?’

“It didn’t look like they would get out of it with the three games they had at the end of the season but they did amazingly well, like we did. The season finished perfectly for me with both Barnsley and Luton staying up.”

Bree was part of the Barnsley team that gained promotion from League One in 2016 then began 2017 in the Championship’s top ten, within four points of the play-off places. But the full-back was sold to Villa, along with captain Conor Hourihane, while top-scorer Sam Winnall moved to Sheffield Wednesday.

Bree said: “Being at Barnsley was a great experience for me. I always played in older age groups when I was in the academy. I was playing with the under 16s when I was 14 then the under 18s when I was 15. I had a few injuries which held me back but then I got in the first team properly.

"The season I left was the first time I had been playing regularly and I made the right-back position my own. I would have loved to have stayed and seen how far we could have gone with that team, especially if Conor and Sam had stayed as well. It was a difficult decision to leave but it was a great opportunity for me.

“I have kept in touch with a lot of the lads. I know Jack Walton and Romal Palmer from being at Barnsley. It’s nice to see them doing really well. Matty Wolfe was a few years below me at school and he lived just round the corner from me.”

Asked if he has ever been close to returning to Oakwell, Bree said: “That has never really come up. It would be nice to move back to Barnsley at some point in the future, maybe down the line, but I am fully focused on Luton.”

As well as Bree, Luton have seven other ex-Reds. They are his former Oakwell club-mates Jordan Clark, Martin Cranie, Luke Berry and Ryan Tunnicliffe as well as Elliot Lee, George Moncur and Matty Pearson who played for Barnsley after he left.

“When I signed for Luton on loan last year, one of the first things I realised was that there were seven or eight lads who had been at Barnsley. It was nice for me because I knew a few of them so I could settle in quickly.

"I am sure a lot of us will have the same feeling on Saturday when we go back to Oakwell. I can’t wait for the game. It’s weird how it falls in football.  It’s always a game I have looked for every season since I left Oakwell.

“I enjoyed going back last season which was the first time that I played there as an away player. It was a strange experience but it’s always nice to go back home.  We’re expecting a much tougher challenge this time. We just showed up that day and had a really good start. The game was quite open but we took our chances. Barnsley showed when we played them at Kenilworth Road that they are a good team.”