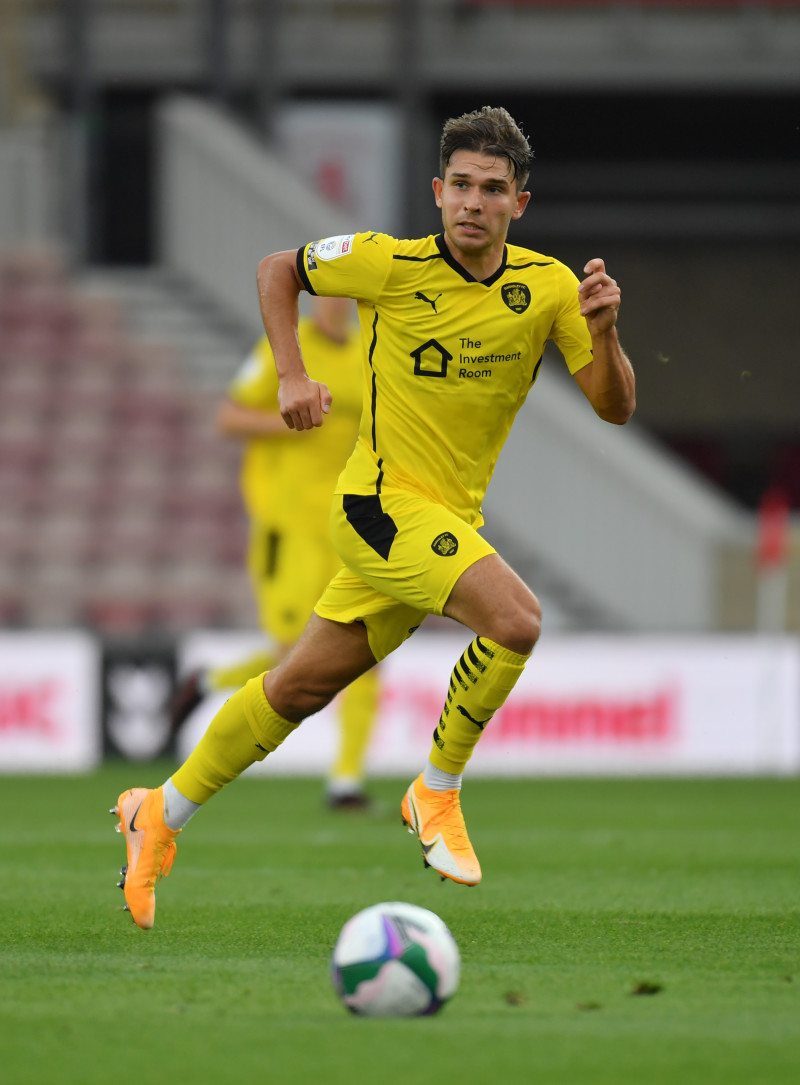 Patrick Schmidt is excited to play at Chelsea, the English club his family supported when he was younger, but his main focus is establishing himself in Barnsley’s Championship side with regular goals.

The 22-year-old Austrian striker scored in the Reds’ 2-0 EFL Cup victory at Middlesbrough on Tuesday which set up a trip to Stamford Bridge next Wednesday.

Schmidt said: “It’s a dream to play at Chelsea. They are the club I was following when I was younger. My dad used to go to Stamford Bridge every year and buy a Chelsea kit.  It is the perfect game for me.

"Didier Drogba was someone I really enjoyed watching. When I was young our password on the computer was ‘Drogba.’ We have to focus on the league which is way more important, but I am looking forward to playing against Chelsea.”

Schmidt’s goal followed his first strike for Austria under 21s against England last week while he ended last season with an injury-time winner against Nottingham Forest and then the assist for Clarke Oduor’s goal at Brentford which kept Barnsley in the Championship.  Of his 30 league starts for the Reds, 28 have been off the bench but he is hoping for more opportunities this season.

He said: “I want to show the fans and my team-mates that I can help the club get good results. I can score goals and I am pressing well which the gaffer likes a lot. It is my job to score and it has been a good two weeks but I need to keep that confidence now and show it in the next games.

"You need confidence to make good games and score. You need trust from the coach. He always told me he believed in me when I was on the bench.”

Schmidt was glad the Reds moved on from Saturday’s league loss to Luton Town. He said: “It was one bad day. It is not helpful to think about it. It is good that we showed a good performance against a physical team in Boro. We need to show it in the next games as well.”

Schmidt spoke to the press this week for the first time since the remarkable survival at Brentford.  He said: “I can’t explain it. I might not be able to explain it until I retire and look back. It was my birthday and it was the best birthday ever. No one believed in us but we showed how great our team spirit is. If we keep that going, it will be good to watch us this season.”